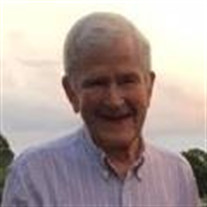 William M. Troutman, age 77, passed away December 9th, 2017. Born in McKeesport, PA, he moved to Cleveland, Ohio at age 10. Bill graduated from Brush High School, Cornell University, and University of Michigan Law School. In 1961 Bill started his professional career in the mail room of Medusa Corporation in Cleveland. He became President of Medusa in 1979. In 1983, Bill left Medusa to join Lone Star Industries in Stamford, CT. During his tenure at Lone Star, Bill served as COO, CEO, President, and as a Director before retiring in 1999 to Osprey, Florida with his wife, Leslie. Bill will always be remembered as a kind, compassionate, and fun loving problem solver. He was well known for his fair arbitration skills and his courageous fight against lung disease.

He was preceded in death by his parents, Isaac and Marjorie Troutman and his son, Timothy. Bill is survived by his wife of 43 years, Leslie Smith Troutman, his brothers, James W. Troutman (Judith) and Richard W. Troutman (Pamela), his grandchildren, Isaac and Emma Troutman, niece, Heather T. Earnest and nephews, Michael B. Troutman and James Benjamin Troutman.

Services will be private at a later date. In lieu of flowers, the family requests donations be made to the Cleveland Clinic Lung Transplant Program, 2049 E. 100th St., Desk A90 Dr. Budev, Cleveland, OH 44106.

To order memorial trees or send flowers to the family in memory of William Troutman, please visit our flower store.