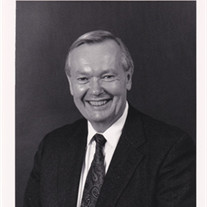 He did his internship at the Cleveland Clinic in Cleveland, Ohio. After six years as a private practitioner in North Muskegon, Michigan, he did fellowships in Internal Medicine and Nephrology at the Mayo Clinic in Rochester, Minnesota, and performed research in nutritional biochemistry and metabolism while pursuing a Ph.D. at MIT. While in Boston he held an academic appointment at Boston University School of Medicine for seven years.

In 1981 he became chief of medicine at St. Vincent Charity Hospital in Cleveland, Ohio. He left the practice of medicine in 1991 to become CEO and chairman of AcroMed Corporation, an orthopedic implant company started by his brother, Arthur Steffee M.D., for a period of seven years.

William Steffee also served in a large number of professional organizations, including ASPEN, the American Society of Parenteral and Enteral Nutrition, the Dialysis Associates of Greater Cleveland, and the Cleveland Nephrology Foundation. He also served on the board of the Ohio Chamber Orchestra.

After he retired in 1998 his major interests became gardening, bread baking, wine collecting, genealogy research and publishing the family's Dutch history, fly fishing at the Castalia Trout Club and grandparenting.

Memorial Services will be held in the Auditorium Chapel of Judson Park, (which you can access by the entrance at 1801 Chestnut Hills Drive, Cleveland Heights, Ohio), Saturday, May 16th at 2 PM.