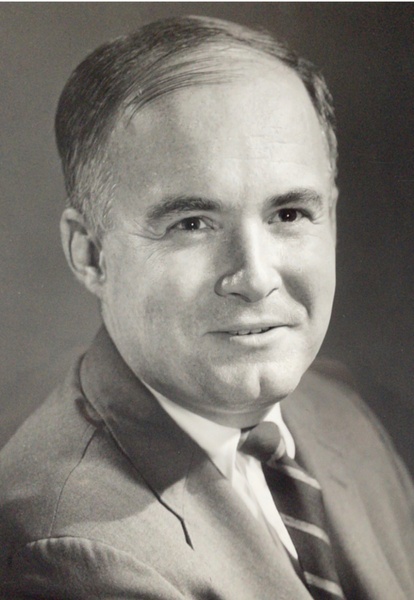 William Allen Shapard, III, affectionately known as “Bill,” passed away at the age of 87 the morning of Saturday, December 4th in his sleep at his residence at Judson Park in Cleveland, Ohio.

Born March 19, 1934 in Pittsburgh, Pennsylvania, Bill was the first son of William Allen Shapard, Jr. and Harriett Bolton Smithson. He was raised with his younger brother, John, among a tight group of cousins and relatives in Franklin, Tennessee. An Eagle Scout, Bill graduated from Vanderbilt University in 1956, where he was an active member of the Delta Kappa Epsilon fraternity. Following college, he was commissioned in the Army as an officer and attained the rank of Captain. He began his professional career in Hartford, Connecticut working for The Phoenix Insurance Company. After a period of time in the home office, Bill was assigned to Cincinnati, then Cleveland and finally Omaha, Nebraska. Wanting to settle down, he returned to Cleveland and joined Yost Insurance Agency, which eventually became Insurance Management Services, Inc. (“IMS”). He acted in various senior management capacities at IMS, including Treasurer. Bill was active in the insurance profession and attained several professional accreditations, including: CPCU, CLU and ARM designations. He was President of the CPCU Society of Cleveland in 1970. In 1985, following the sale of IMS, Bill launched his own insurance consultancy, Shapard Risk Management, which provided independent, un-conflicted advice on commercial insurance to businesses and non-profits.

In 1963, Bill met and then married Jane Cannon Watt and they subsequently had two sons, Allen and Austin. In addition to his work and his family, Bill was a board member of the Cleveland Institute of Music and University School for many years. He was an enthusiastic member of The Rowfant Club for the majority of his adult life. His southern family history—dating back to the country’s founding—was important to him and was the basis for his initiating several genealogical works and large family reunions.

Throughout his life, Bill possessed a special combination of determination, grit and optimism. Nowhere were these qualities more demonstrated than his dealing with the effects of a significant stroke he experienced at age 50. Initially paralyzed over half his body and unable to communicate, he—with the unyielding support of his wife and family—regained his ability to speak, walk and overcome many of the stroke’s lasting effects. He would persevere and lead a full and rich personal and professional life for nearly four decades afterwards.

He is survived by his devoted wife of 57 years, Jane, his two sons, William Allen Shapard IV (Allen) and his wife Carsten Wentworth Sierck of Bronxville, New York; and, Austin Victor Shapard and his wife Abigail Sycle Lash of New York City. In addition, he will be greatly missed by four grandchildren: Henry, Serena, Hattie and Lucy Shapard. He was predeceased by his brother John Bolton Shapard.

In lieu of flowers and in recognition of the exceptional care Bill received from the Judson staff, contributions can be made on Bill’s behalf to the Judson Foundation, 2181 Ambleside Dr., Cleveland, OH 44106.

A private family service will be publicly live streamed through zoom on Sunday, October 9th at 11 AM.

You may view this service on zoom: