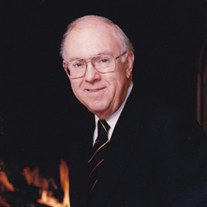 He was born in Cleveland and attended Shaker Heights High School (where he was known as Issu) and John Carroll University. He began his insurance career with the W.F. Ryan Corporation in 1961. He was Vice President of Ryan. His career was interrupted in 1974 when he suffered a disabling stroke while playing in a golf tournament in California. He re-entered the insurance industry in 1987 as Vice President of the King Hartman Agency. At his death, he was affiliated with the Alpha Insurance Group.

Mr. Sebelin served as Foreman of the Grand Jury in Cuyahoga County in 1996.

Mr. Sebelin was a lifelong member of the Canterbury Golf Club, where he won the Club Championship in 1969. With fellow honorary member Arnold Palmer he represented Canterbury at Henry Picard's induction into the World Golf Hall of Fame. Long active in golf, he competed in amateur tournaments throughout the country prior to his illness. He served on the Board of Governors of the Northern Ohio Golf Association for 39 years, and as a member of the Executive Committee for 5 years. For 7 years he served on the USGA Course Rating Committee. For 20 years he served as Captain of the Cleveland Team in the League of the Lower Lakes, the oldest golf event of its kind in America. He served as the Executive Director of The Northern Ohio Caddie Scholarship Foundation for six years and as President of the Divot Diggers, a charity that contributed transportation vehicles to organizations that served handicapped and orphaned children, for 5 years.

He belonged to the Bluecoats, an organization that contributes support to families of police, fire and EMS personnel killed in the line of duty.

Besides his love of golf Bill had a life long affinity for his hometown Cleveland sports teams reaching back to Indians games at League Field and the Browns AAFC championships. He also liked nothing more than a game of cards, with good friends, that allowed him to regale his audience with the stories of their shared past (while enjoying a lite beer from Miller)

The family would also like to sincerely thank the staff at University Hospitals for their compassion and caring over these last few weeks.
A fund has been set up in Bill's Honor with the Northern Ohio Golf Associations Return To Golf Program and contributions can be mailed to NOGA Charities & Foundations, 1 Golfview Ln. North Olmstead Oh 44070 or on line @ Returntogolf.org

Mr. Sebelin is survived by a son, Kenneth D. Sebelin and his wife Kate M. Sebelin of Bar Harbor, Maine and his grandchild, Fredrick D. Sebelin.
Mr. Sebelin was a member of Christ Episcopal Church, 3445 Warrensville Center Road, Shaker Heights, OH 44122 where a Memorial Service will be held Friday, May 8th at 4 PM, with a party at Canterbury Golf Club to follow.

PDF Printable Version
To order memorial trees or send flowers to the family in memory of William Sebelin, please visit our flower store.