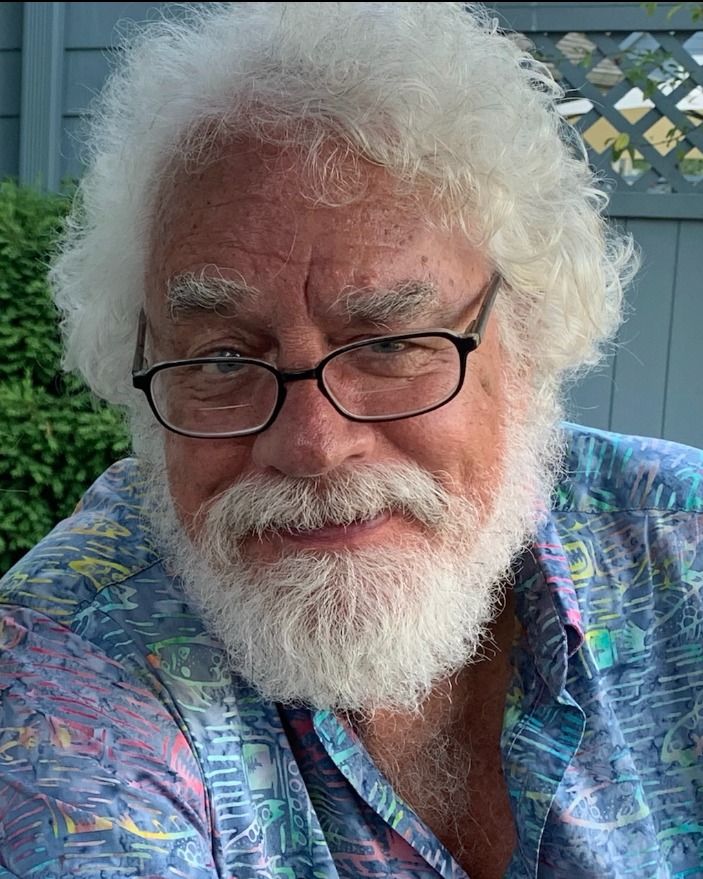 His parents Joann S. and William E. Scheele were both talented artists, nature lovers and avid collectors.  Dad, William, was an artist, author and illustrator, and served as the longtime Director of the Cleveland Museum of Natural History.  Joann worked alongside her husband at the museum editing the award-winning Explorer Magazine. His parents passed along their interests in art and curating collections. They were always a powerful team, and raised Bill to revere nature and human creativity.

Bill enjoyed an almost idyllic childhood roaming the over 70 acres of property his parents secured in Chardon, Ohio, bordering Holden Arboretum.  He knew the Arboretum in its earlier, less manicured iteration.  He, along with his brothers John and Paul (a mighty trio), roamed the woods collecting specimens of all kinds.  Their father started the animal rescue program for the museum, and in those days many of the animals spent time at their home.  The boys shared a dormitory-like room and frequently had baby chicks or ducks between their beds.  The love for animals, birds and the natural world was established early on and remained a lifelong passion.

Bill grew up in Chardon, attended Hawken School and studied at Miami University, Ohio University, and the Cleveland Institute of Art. In his twenties, Bill had the unique opportunity to act as the Stage and Equipment Manager for The Band.  He worked and toured with The Band and Bob Dylan from 1969-1976.  His photos captured the energy onstage and were featured in numerous Gallery exhibits in Ohio and New York.  Bill felt privileged to have been ensconced in the music business during such a vibrant and creative time, and his insights into that period were highlighted in the book The Story of The Band: From Big Pink to the Last Waltz and the documentary film Once Were Brothers.

While Bill’s stint in the music world was an exciting and educational one; the majority of his life was dedicated to his greatest passion – the visual arts.  A presence for nearly 40 years in the Cleveland art community, Bill established a Regional Arts Museum, Visual Art Galleries, Multimedia and Graphic Arts Production Companies, and hosted shows at local museums and Cleveland area Metroparks.  Bill was proud to be the Founding Director of the Cleveland Artists Foundation (now ARTneo) and New Center for Art & Technology (NewCAT).  He was especially gratified to have established the Cleveland Artists Foundation in 1984, creating the non-profit organization to honor the regional artistic heritage of Cleveland and many of the local artists who taught his parents when they attended the Cleveland School of Art.  Bill personally met with each artist or their family representatives to explain his new endeavor.  They supported his vision for the new organization and donated work to begin a permanent collection.  Today, ARTneo continues on at 78th Street Studios.  Ever a trailblazer, Bill was also at the forefront of the digital arts movement with NewCAT, hosting the Digital Hall of Fame for the first time in the United States.

Other enterprises in his portfolio included Scheele Fine Arts, Scheele Galleries, Lightmaze, Kokoon Arts Gallery and WGS Productions.  His friends at 78th Street Studios honored his legacy with these words, “William G. Scheele was an incredible friend and Cleveland Arts champion, as well as a great ally to 78th Street Studios.  He operated Kokoon Arts Gallery for over fifteen years, curating extraordinary exhibitions, promoting local artists and collaborating with other arts businesses.  He joined forces with owner Dan Bush in 2007 to create the Third Friday art walk, an event that now attracts thousands of people on a monthly basis to experience the local arts scene.”  Throughout his career, Bill represented and showcased the work of many artists with whom he developed close relationships and shared personal stories.

Nature photography and being outdoors brought him great joy during his later years.  Living on a pond gave him the chance to photograph the vivid morning sunrises and visiting wildlife.  Bill was a big presence; He lived life to the fullest with many great adventures along the way.

A Celebration of Life will be scheduled in the Spring with a date to be determined. Donations in his memory can be made to The Cleveland Metroparks (clevelandmetroparks.com/donate) to support his love of the natural world.