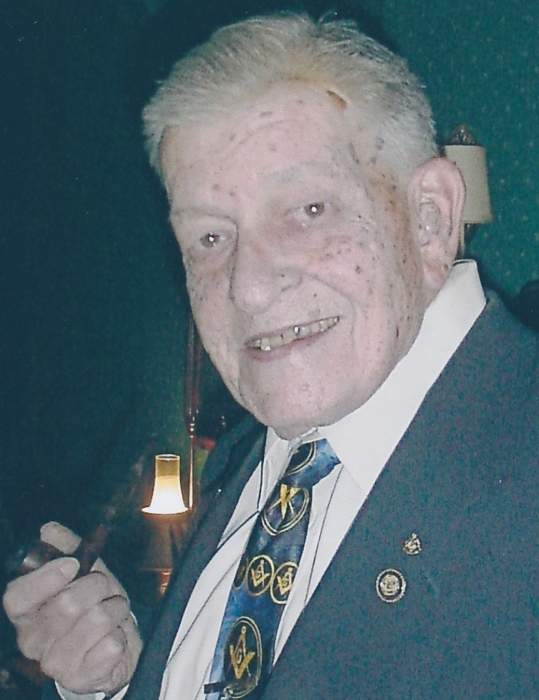 A private family graveside service will be held in Tiffin, OH.

Many say that, by far, 2020 has been the year of the greatest losses in recent memory. With the passing of William “Bill” Fiege Koeckert on September 27th, the world has lost yet another of the world’s “greatest generation.” A many-faceted individual, his life could be likened to that of a finely cut gemstone, one whose brilliance shined out in many directions.

Not unlike many of his generation, his family was a blend of people long established on this continent and much more recent arrivals. On his mother’s side of the family, Bill traced his pedigree back to brave voyagers who crossed the ocean aboard the Mayflower in 1620. Fleeing the first Word War in the early 1900s, his father’s family immigrated from Prussia. Born in Cleveland on October 12, 1925, he, along with his parents, Herbert L. Koeckert and Madeline Noble Koeckert, and his younger sister, Jacqueline “Jill,” lived all over the city at various times—from Rocky River to East 53rd Street to Shaker Heights. Much time in his youth was also spent in Tiffin, Ohio. There, he was nurtured by numerous “proper” Victorian Era aunts who were part of his mother’s extended family. Shortly after his 18th birthday and graduation from Collingwood High School, Bill received his “greetings” from Uncle Sam and answered the call to duty. Drafted into the United States Army to fight the Axis Powers in World War II, the boy became a man as the page turned and a new chapter in his life began.

Boots hitting the sand on the beach in Normandy, France, just a short time after “D-Day” in the summer of 1944, his life as a warrior began. He learned the truth behind the oft-repeated “war is Hell” as he fought through hedgerow country and into Germany. It was during the Battle of the Bulge that young Bill was sucked out of his muddy foxhole by the concussion from an exploding shell. It came from a German railroad gun affectionately known as Anzio Annie. The artillery barrage left him blind for ten days and deaf for three weeks. After being evacuated and recovering from his injuries, he finished out the war in Europe assigned to sort mail in a post office in France. The stories of his valor have never been told, so cannot be shared, but his uniforms ever after boasted the Combat Infantryman’s Badge and Bronze Star.

Upon returning to the States, Bill continued his military career in the US Army Reserves and went to college. A “bootstrapper,” he graduated from the University of Omaha and went to Officer Candidate School at Ft. Benning, Georgia, where he earned his Regular Army commission as an Armored Cavalry officer. It was not long before 2nd Lieutenant William F. Koeckert was shipped out to join the forces who had successfully defeated the Japanese in the Pacific Theater. From 1946-47 Bill was assigned to Sugamo Prison in Tokyo. At Sugamo he was in charge of men guarding Japanese military personnel accused of committing war crimes. One particular prisoner had been a junior officer under the command of Imperial Army General Hideki Tojo. Due to his reputation for fairly treating Americans who had been his prisoners, when found guilty and sentenced to death, he was granted the unusual concession of choosing his form of execution. Most Japanese war criminals were hanged, which they considered a dishonorable way to die. This officer chose death by firing squad. His execution left a lasting impression on the young American Lieutenant Koeckert, who commanded the squad and issued the order, “Fire!”

Returning home, life went on. Bill met and married Gara Jean Patch in 1953. While stationed at Ft. Richardson in Fairbanks, Alaska, Bill and Gara welcomed daughter number one, Gara Lynn, in 1956. Daughter number two came along in 1958 shortly after Bill was posted to Ft. Knox, Kentucky. The final army move was to Ft. Riley, Kansas, from which Major William F. Koeckert retired in 1964 after 22 years of honorable service to his country.

Settling down as a civilian in Columbus, Ohio, Bill began a career in education. Initially, he taught Civil Defense at the Ohio State University. Desirous of furthering his own education, he swapped to the other side of the lectern to study and earn his Master’s Degree in Adult Education. He then completed most of the requirements toward a PhD in the field. The family moved to Shaker Heights, Ohio in 1972 when Bill began employment with Dyke College in Cleveland.  Dyke was a business school where he served not only as an instructor but also as Dean of Students. His final days with the college came in the late 70s.

William F. Koeckert was a “joiner” throughout his adult life. He intertwined active membership in a variety of fraternal organizations during both the military and civilian chapters of his life. He was a Shriner and member of the Military Order of World Wars. Most of the bodies to which he donated a substantial amount of his time were Masonic orders. Bill Was a Master Mason and 32nd degree Mason. Masonic organizations to which he belonged over the years are so numerous, these writers (daughters Lynn and Mary) will do their best to recall as many as possible, but ask forgiveness in advance for those we are sure to overlook. Bill held membership in many lodges and served multiple times in the capacity of Worshipful Master. Masonic bodies to which he belonged include: National Sojourners, the Heroes of ’76, the Grand Commandery of Knights Templar of Ohio, the Grand Council Royal and Select Masons of Ohio, the Grand College of Rites of the United States of America, Valley of Cleveland, Grand Chapter of Royal Arch Masons of Ohio, Scottish Rite Research Society, Philalethes Society, Royal Order of Scotland, York Rite College, The Cleveland Grays, and the Grand Lodge of F. & M. of Ohio.

For the past 24 years, following his beloved wife Gara’s death in 1996, circumstances required he relocate from Shaker Heights to Cleveland Heights. Bill continued to be active in the community, attend Masonic and other functions and bowl as a member of the Plymouth Church Bowling League. Failing health required him to curtail many activities, especially in the last three years. As needed, caregivers assisted him in his home. He remained an avid follower of OSU football, the Cleveland Browns, and the Cleveland Indians. He rarely missed a televised game.

The final week of his life was spent in his home with his daughter Lynn, who came from her home in Kansas for a visit. During this time they were able to reminisce, and as they did, it became clear that his sense of humor remained intact. This was evidenced one evening when, out of the blue, Bill asked Lynn, “Do you hear that sound?” Though she’d heard nothing, she responded, “Yes.” He then responded, “Good! That clickety-clack is the sound of the marbles rolling around in my head. That proves I’ve not yet lost them!”

Although he had always professed the desire to outlive “Aunt Ruth,” who passed just shy of 101 years, God had other plans. Fortunately, in a matter of hours, he slipped away peacefully with his daughter at his side.

To order memorial trees or send flowers to the family in memory of William Koeckert, please visit our flower store.