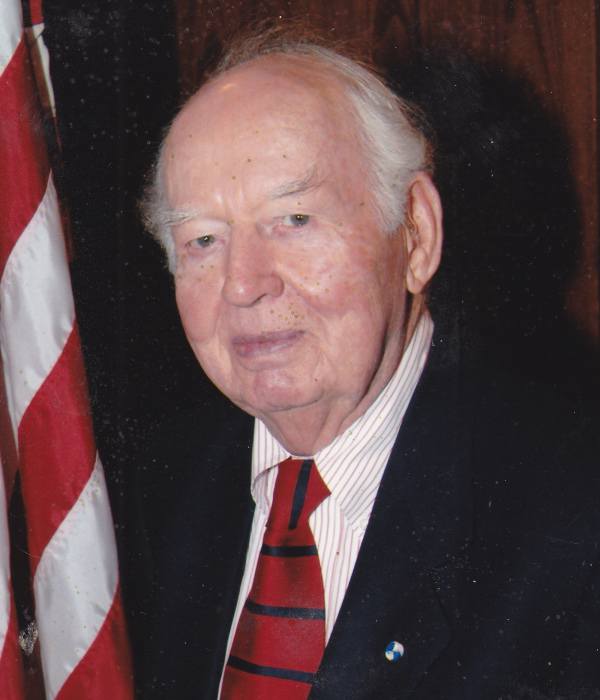 William MacLeish Donley, age 102 of Pepper Pike, OH.  Beloved husband of the late Eleanor Lowe Donley; loving father of Marcia Donley of Fayetteville, AR and Nancy Donley (James Newman) of Cleveland Hts., OH.  Bill was a graduate of Cleveland Hts. High School and Kenyon College.  He founded E.F. Donley's Sons (now Donley's Inc.) with his two brothers, Donald and Philip.  Bill served in the US Army as a 1st Lieutenant in WWII and a Captain in the Korean War.  He was a life member of Cleveland Engineering  Society.  He was honorary Captain of the Cleveland Grays.  Bill was also a life member of the Cleveland Early Settlers Association, the New England Society, Western Reserve Society and Sons of the American Revolution.  He was a Past Commander of Army-Navy Post 54 of the American Legion and the Cleveland Chapter of the Military order of the World Wars.  Bill was also a member of the Cheshire Cheese Club, the Al Koran, Jester, and he was a longtime member of St. Paul's Episcopal Church in Cleveland Hts., where a Memorial Service will be held Wednesday, Oct. 17 at 2:00 PM. The family prefers that those who wish may make contributions in his name to St. Paul's Episcopal Church, 2747 Fairmount Blvd, Cleveland Hts., OH 44106 or to Kenyon College, 103 College Rd, Gambier, OH 43022.

To order memorial trees or send flowers to the family in memory of William Donley, please visit our flower store.