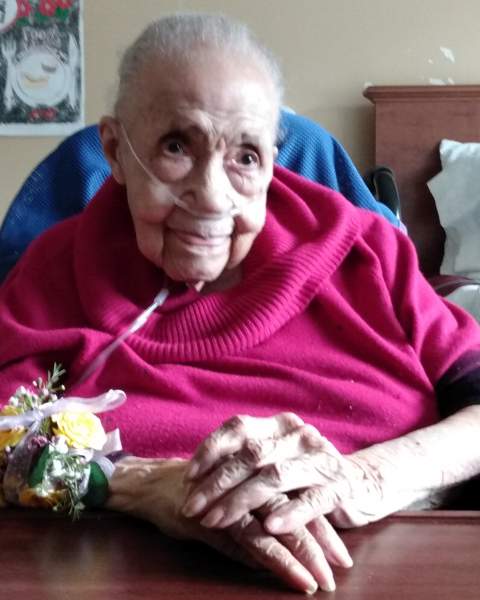 As a child Waterloo loved to read, was interested in Civics, and had a talent for reading and oration.  She attended school in Woodbury and completed the 10th grade there.  Leaving her home and family, she attended Westinghouse High School located in the Homewood neighborhood of Pittsburgh, Pennsylvania.  She excelled in expressional English and French language and was graduated with honors in June 1939.  Upon graduation, she returned to her parents in Woodbury, Georgia, completed extension courses offered by the Georgia State Teachers' College. and taught school in Durand, Georgia.  She was highly regarded by the school administrators.

Waterloo relocated to Cleveland, Ohio to attend the Cleveland College of Western Reserve University in 1940.  Her area of study was Library Science & Technology, with a dream of becoming a librarian.  During these years she enjoyed exploring the culturally diverse and bustling commerce environment of Northeast Ohio.  She worked in the School Department of the Cleveland Public Library - Main Branch.  A socially and civic minded young woman, Waterloo who was affectionately renamed by friends as, Willa, was an active member of many social groups and developed many lasting friendships with persons of many different professions, trades and cultural backgrounds.  Hers was a happy and giving spirit.

In 1941 Willa met Harris Dobbs, an electrician, a respected member of the community, and widower.  On February 12, 1944, Willa and Harris married, creating an immediate family of four for her with the addition of pre-teen stepsons, Eldridge Cooper and young Harris Junior.  Later her family grew to include another son and a daughter, Kenneth Clements and Debra Louise.

Upon coming to Cleveland, Willa joined and actively served St. James AME Church, later joining and serving at Fourth Church of Christ Scientist of Cleveland Assistant Librarian at the East 105th Street Reading Room until its closing.  She was a regular attendant at local Christian Science churches and continued to volunteer as a transport volunteer until her physical health limited her mobility.  She remained a fervent believer of the faith and member of the Mother Church of Christ Scientist located in Boston, Massachusetts.

Willa loved learning and reading, and joyfully found employment in the early 1940's at the Main Branch, Cleveland Public Library.  Later she continued her library work in the Cleveland Municipal School District, serving as a Library Aide at Charles Eliot Jr. High School, Nathan Hale Jr. High School, Collinwood High School and Health Careers High School.  Her son and daughter in-law walked her off the job with well wishes from office staff and faculty into retirement in June, 1984.

Willa was always a volunteer - willing and joyfully giving of herself, even as a teenager.  As a child she served as Juvenile Representative of the Free & Accepted Ancient York Masonic youth group in Woodbury, Georgia.  As an adult she served Karamu House, the Phillis Wheatley Association, the Glenville Area Council, the Lee-Harvard Community Association, the Cancer Fund, the Heart Fund, the Leukemia Fund, the March of Dimes, the Lake Erie Girl Scout Council, the Throckley East Street Club, the League of Women Voters, the Salute to New Citizens, RSVP (Retired Senior Volunteer Program) with the Alzheimer's Association, and Lake View Cemetery office.  Of particular note Willa held memberships of distinction with the National Council of Negro Women (40+ years), the Woman's Forum (30+ years), and the Parent-Teachers Association (25 years).

Willa was the recipient of numerous service awards, her most celebrated at the McGregor Home for devoting 20 years (after her retirement) as a Friendly Visitor and Spiritual Devotions Coordinator for patients.  She touched many lives with her compassion for all persons and devotion to God.

On July 1, 2018, Willa joined Mount Saint Joseph Rehab Center’s Long-term Care residential community. She spent many enjoyable hours reading and participating in activities with fellow residents. Willa especially loved time in the garden and watching wildlife in the surrounding wooded areas. During her 4-year residency, Willa was a beloved friend to many residents, staff, and Hospice of the Western Reserve support-team workers.

Willa is preceded in death by her beloved husband Harris; stepsons Eldridge and Harris; her parents; sister, Marylou Sujette; aunts; uncles and many beloved cousins and friends.  Surviving her are a dear devoted son, daughter and daughter in-law; loving and cherished grandchildren; spirited and gifted great-grandchildren; and many dear relatives and friends.  All carry her spirit in their hearts and draw strength from her example.

This service will be livestreamed via a link on this web page.   The broadcast will begin approximately 15 minutes before the service.