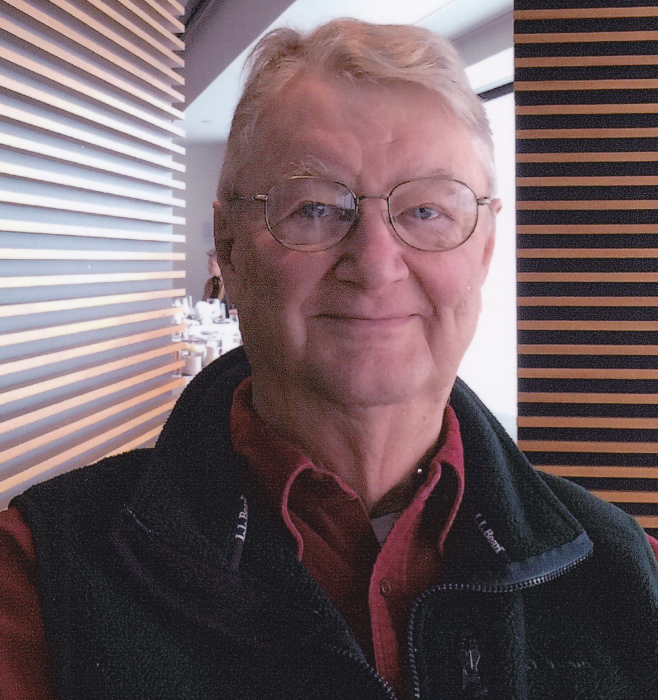 Chick was a graduate of Western Reserve Academy (1947) and The University of Chicago (1951), and served in the U.S. Navy for four years.  He then joined The Holtkamp Organ Company in 1956 and became President of the company in 1962 upon the sudden death of his father, continuing until his retirement in 1996.  The company is the oldest continuously operating pipe organ company in the U.S. (1855) and the oldest continuously operating manufacturing company in Cleveland.

Chick is known for his design work of instruments ranging in size from a one-manual, four-stop, mechanical action instrument to organs of more than 60 stops in both mechanical and electro-pneumatic actions.  He designed and built instruments for major schools such as The Juilliard School, The Cleveland Institute of Music, Union Theological Seminary NYC, University of Notre Dame, University of Alabama, plus several hundred other churches and colleges.  He was also known for the commissioning of new music by 20th century American composers for the pipe organ, and founded national competitions in the areas of Organ Composition and Organ Improvisation in conjunction with the American Guild of Organists.

He was a board member of the Musart Society of the Cleveland Museum of Art for decades, an active member and leader of The Rowfant Club, and a former president of the American Pipe Organ Builders Association.  Chick enjoyed leisure oil painting, reading poetry, and collecting piano jazz and classical music.  In lieu of flowers, contributions may be made to The Judson Foundation (specifically for The Richard Gardner Music Fund at Judson Manor), 2181 Ambleside Dr., Cleveland OH 44106 or The Musart Society of The Cleveland Museum of Art, 11150 East Blvd., Cleveland OH 44106 where Chick’s life and career will be celebrated with a public Memorial Service of music and eulogies on Saturday, November 10 at 11:00 a.m. in Gartner Auditorium.  Burial service at Lake View Cemetery will be private.

ARTICLE IN THE PLAIN DEALER FRI SEP 20, 1996 (Wilma Salisbury):       “High Honors for Holtkamp” announced a ChickFest to honor his 40 year career as a major American builder of pipe organs, which took place on September 28 of that year.

The celebration included a hymn festival and duo recital at Old Stone Church, an organ recital at the museum and a party at the Holtkamp Organ Company.

A TRIBUTE TO HIM was read into the Congressional Record, House of Representatives, on Tuesday, September 24, 1996 which described his career as a renowned builder of pipe organs.

IN HIS DESIGN OF NEW INSTRUMENTS, he handled all client consultation, working with organ committees, architects (including Eero Saarinen: North Christian Church, Columbus IN and Marcel Breuer: Gartner Auditorium, The Cleveland Museum of Art), clergy and musicians. He built instruments for major schools such as The Juilliard School, The Cleveland Institute of Music, Union Theological Seminary NYC, The University of Notre Dame, The University of Alabama, and many other churches and colleges.

CHICK’S LEGACY  lives on in so many communities where his work continues to make music to enhance countless lives.  A close friend wrote “When Chick was born, the mold was broken - a unique, intelligent, caring, creative guy.  Any who got to know him have been privileged indeed.”

To order memorial trees or send flowers to the family in memory of Walter Holtkamp, Jr., please visit our flower store.