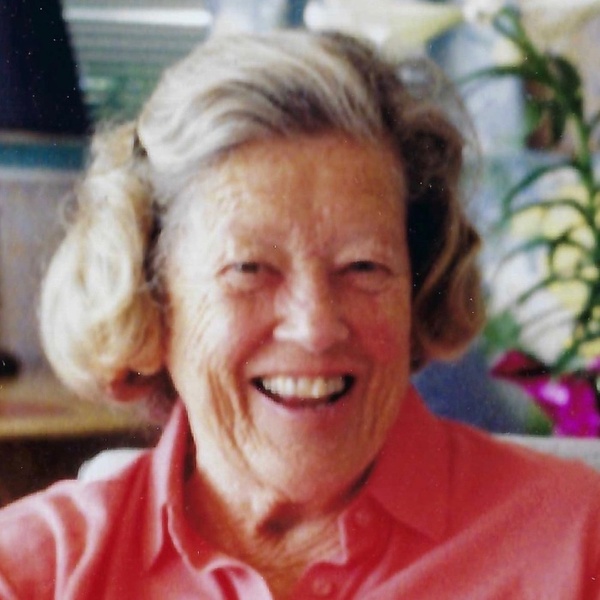 Virginia Osborne Charman, of Hunting Valley, OH and Boca Grande, FL, died April 1, 2020 in Cleveland, OH at age 96. Known to her family and friends as Bina, she and her three older sisters Annette, Dorothy and Marjorie, and her younger brother Bill, grew up in Cleveland Heights. Her parents William McKinley Osborne and Jessie Miller Osborne raised their five children in their house on Demington Drive, spending wonderful summers on their farm in Willoughby. It was on the farm that Bina found her love of animals, especially her many dogs.

Bina was a loyal alumna of Hathaway Brown School (‘41) in Shaker Heights, Ohio and Pine Manor College (‘43) in Chestnut Hill, MA, endowing a writing program at HB in honor of her parents. Her love of plants and animals drove her lifetime involvement in a wide variety of organizations, including the Shaker Lakes Garden Club, Cleveland Botanical Garden, Audubon Society, The ARC of Ohio and Gasparilla Island Conservation Association.

Bina married her beloved husband of 35 years, Walter Miller Charman, Jr. at Fairmount Presbyterian Church in Cleveland Heights in 1956. Walter and Bina’s marriage was a true partnership in every sense. Walter, who loved to hunt and fish, became an avid birdwatcher and tended an expansive vegetable garden with Bina. She, in turn, learned to be handy with a fishing rod.  Bina and Walter raised their three sons in Shaker Heights and later on a small farm in Hunting Valley. Bina and Walter often played golf together with friends at Kirtland Country Club and Gasparilla Golf Club. She and Walter built a home in Boca Grande in 1965 that has witnessed fond memories for her children and grandchildren over the past 55 years.

Bina’s presence will be missed by many friends who knew her genuine charm and wit, along with her quiet generosity and kindness. She maintained an active circle of friends throughout her life in Cleveland and Florida. One of her warm, personal and somewhat legible handwritten notes is likely to have been a keepsake for many of us who appreciated her eye for the important details. Bina drew a special joy from her extended Osborne family of cousins, nieces, nephews, children and grandchildren.

The Charman family offers special thanks to Bina’s caregivers Kiva Bohanon, Wendy Nye, Pam Thomas, Ary Curtis and Debi Keith, all of whom made mom’s later life better, every day, in large and small ways. We would also like to recognize the staff of Judson Park and Hospice of the Western Reserve for their compassion and diligence.

Predeceased by her husband Walter and her four siblings, Bina is survived by her three sons Toby of Highland Hills, OH, Peter of Chattanooga, TN and Bill (Tisha) of Wenham, MA, and her five grandchildren Ford, Miller, Henry, Jinx and Will Charman. Memorial Services will be held to celebrate Bina’s life in Cleveland later in the summer. Those wishing to make memorial donations may do so online at Cleveland Animal Protective League (https://clevelandapl.org) or by mail to Gasparilla Island Conservation and Improvement Association (GICIA) at PO Box 446, Boca Grande, FL 33921.