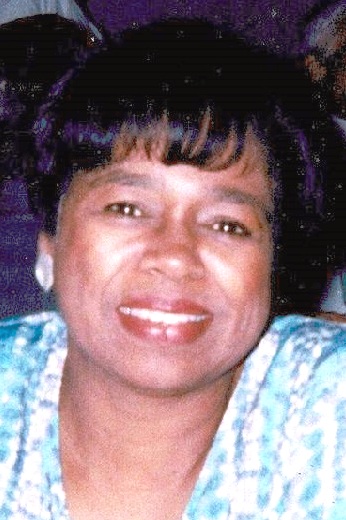 Victoria “Vicki” Anne Scott Todd was born in Cleveland, Ohio January 9, 1933 to William and Victoria Scott. She was a loving mother, grandmother, great grandmother, aunt, cousin and friend. Victoria left this world at the age 88 on May 11, 2021.

Victoria was a devoted daughter, the oldest of three: William Scott Jr. and Demetria Stewart, both of whom preceded her in death. She had foster siblings including Eduardo, Gwen, Jimmy and Lydia. She grew up knowing that family was the foundation of her life.

Victoria’s parents were founding members of Glenville Presbyterian Church, which she attended for many years. She was active as an officer on the Session Board which is the Governing Body to manage the church. In her final years, she enjoyed the sermons and music of New Life at Calvary Church. She had a warm relationship with Pastor Toby who visited her often in her home.

Victoria attended Cleveland Public Schools her entire life and graduated from Glenville High School. She then went to The Ohio State University majoring in education. Victoria devoted her entire career to the Cleveland Public Schools where she held positions as teacher, program manager in language arts, assistant principal and retiring as a supervisor for the Gifted and Talented Department. During her tenure there, she obtained her M.Ed. in Administration from John Carroll University. Education was hugely important to her. She was the first in her family to attend and graduate from college.

Always busy and dedicated to working with students – even after retirement, Victoria spent many years at Beaumont as a guidance counselor. But she also found time to pursue a personal passion in real estate with Howard Hanna Realty.

She met John S. Mosley in middle school (Central) where they both were in the Major Work program at Glenville High School. They both attended and graduated from The Ohio State University. From that union their favorite child was born – Valerie Esther Denise Mosley. Valerie remembers her mother being very obsessed with schedules and organization. Yet, she was always late! Throughout her 25-year marriage to John, they vacationed extensively throughout the United States, to the Caribbean, and to several sites of the World’s Fair. She also enjoyed cruising with family and friends.

After her marriage to John ended, Victoria continued to be a vital contributor to her church and the Session Board. During this time, she met Earl Todd and developed a friendship that later turned into love. They were very happily married for 17 years before his sudden death. She and Earl had matching grand pianos in their home for their memorable duets. Classical music brought them great delight.

Vicki had many interests. She loved her dogs especially Miss Anne and Pepper. After marrying Earl, she expanded on her travel by visiting Europe for a month. She loved to read – whatever was the latest bestseller – she had it!  An avid bridge player, she often hosted bridge meets at her house. Vicki played golf and often took her grandchildren and great grandson to golf camps. She loved movies – especially if they were National Geographic features.  She was a member of Alpha Kappa Alpha Sorority Inc.

To order memorial trees or send flowers to the family in memory of Victoria Todd, please visit our flower store.