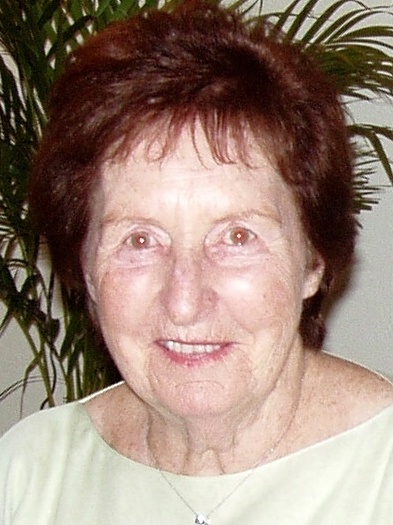 Vera Beatrice Ketchum, of Hunting Valley Ohio, passed away at the age of 96 on November 26, 2021 following a recent illness.

She was born Vera Beatrice Tajchman on November 11, 1925, in rural Kansas. Vera grew up on a small family farm in Durham, Kansas, sharing the hard work with her brother and three sisters. Following high school she entered nursing school, and graduated as a Registered Nurse. A few years later, while visiting her older sister in New York, she met a recently discharged Navy Lieutenant, Ralph Douglas Ketchum. They fell in love and were married on June 26, 1947. They were married almost 68 years until Ralph passed away in 2015.

Vera was a resident of Pepper Pike and Hunting Valley for over 40 years. She moved around the country numerous times in the preceding years, following Ralph and his career. Vera was a master at relocating family and belongings, and called six different states home at one time or another. When Ralph was appointed President of General Electric’s Lighting business headquartered in Nela Park, their time in northeast Ohio began. Ralph and Vera were also part time residents of Sanibel, Florida. Every year they would load up the car after Christmas and head to the beach to escape the lake effect snow.

Vera and Ralph were active members of St. Dominic Catholic Church, where they also made many of their local friends. They were frequent volunteers for helping those in need, especially around the holidays. They set up an endowment fund dedicated to expanding educational resources in the parish. Vera and Ralph were also actively involved with and supporters of the Cleveland Symphony and other civic organizations. Vera was often the gracious host for events to raise money for these endeavors.

Vera loved her family. Her primary mission in life was to raise her five children, shepherding them through the usual growing pains, and the upsets of resettling in new locations so many times. Her children went on to start their own families, blessing her with twelve grandchildren and fourteen great grandchildren. She loved nothing more than getting them all together, which was quite a challenge since none of them lived close by. All her kids remember the fun and games of the full family gatherings she was able to orchestrate. Her favorite room in her house was her study, where she kept dozens of framed pictures of children, grandchildren and great grandchildren. Family and friends would always end up in this room catching up on recent changes.

Vera’s other passion was gardening. She truly had a green thumb. Throughout the spring and summer there was always something in bloom, including over 100 specimens in the rose garden. Come winter she would fill her garden room with orchids, and cuttings from her favorite geraniums to transplant the next spring.

In lieu of flowers, donations may be made to jenningsohio.org/donate, a compassionate senior care organization, or The Vera & Ralph Ketchum Education Fund c/o Church of St. Dominic stdominicchurch.net

Interment will be in Lake View Cemetery following the mass.