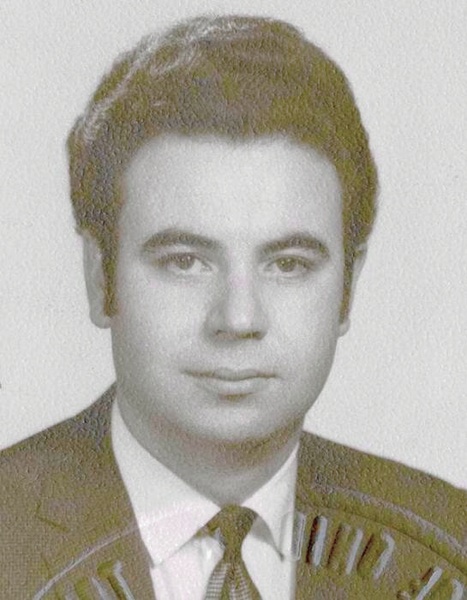 Tony was a true people person. His personality plus attracted his many friends and for those that knew him, the words “my good buddy” will always ring a bell. He loved so many people with his big heart, but most importantly he loved his family.

From a young age, Tony was very close with his mother, Maria, and brothers, Imre, Karoly, and Lajos. His father, Karoly, was recruited to war when Tony was only two and a half. The youngest of four, Tony was his mother’s baby and would help her out around the kitchen. At 17, when Tony first escaped from Hungary in December 1956, Tony snuck back into Hungary to spend one last St. Nicholas Day with his mom and even brought her a pound of candy. That would be the last time he saw his mother before her passing, as it was unsafe for Tony to return to Hungary for many years. Later in life, Tony was able to return to Hungary frequently to visit his brothers. He was even able to attend his nephew’s wedding in Hungary and sponsored the family when they visited the US. When he was not visiting them, he was often calling them, sometimes daily.

Upon escaping to the US, Tony briefly lived in New York before moving to the Buckeye Road Neighborhood in Cleveland, Ohio. His two aunts, Helen and Margaret, sponsored him when he escaped and he remained close with them until their passing. In Buckeye, Tony became friends with most everyone he met. He was a former member of the Saint Stephen’s Club and the Hungarian Businessmen and Tradesman Club, as well as a parishioner to Saint Elizabeth of Hungary Catholic Church. Tony spent much of his free time with friends playing soccer, dancing, or frequenting one of Buckeye Road’s many nightclubs and bars. It was on Buckeye Road that Tony became friends with Joe Dobrovicz and Marty Stiller, who would later become his brothers-in-law.

In America, Tony worked hard, sending money home to his mom with every paycheck. He worked for the Bailey Meter Company for 38 years, where he was commended as the best machinist in the company’s history. He was instrumental in helping the company form a union and was also a champion on their bowling team. He often joined retirees for their monthly morning breakfast.

Tony met Rose Kiss when she was a teen; however, they would not become a couple until the 1980s. Tony loved his wife, Rose, with all his heart and made sure she never wanted for anything. During their courtship, they would often go to restaurants, out dancing, or shopping. Tony welcomed David, Rose’s son, into his life and home. Tony often took David to Richmond Town Square, where Tony purchased David’s first leather jacket, and also to look at cars, one of Tony’s passions. Tony loved Rose’s family so much that he even bought an “engagement” ring for Susan Stiller, his “favorite niece.” Tony and Rose, and later David, moved to their iconic Richmond Road house in 1988. There were many gatherings at this house and Rose and Tony were able to host visiting family often, whether visiting from Hungary, Germany, or Wisconsin.  It was in this house that they became a family and married. At the age of 50, Tony welcomed his daughter Mary to the world. At 55, Tony retired to spend his days with Mary, braiding her hair every day and taking her to and from school. Tony and Mary were very close; Mary would often receive chiding messages from Rose if she failed to call Tony daily.

Once Rose retired, Tony and Rose spent most of their time shopping and visiting with friends. They enjoyed the Hungarian reunion picnics at the Hungarian Cultural Center in Hiram and the Hungarian American Club in Akron, as well as festivals at Saint Elizabeth of Hungary Catholic Church.