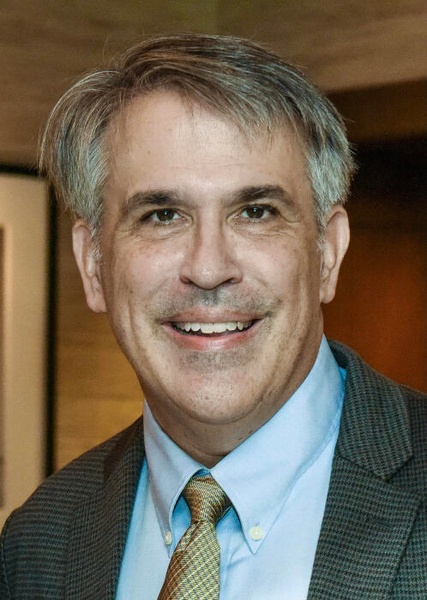 Todd Joseph Davis died peacefully at home on October 19th after a 25 month battle with colon cancer. Todd kept a positive outlook during his treatment and fought to the very end.

He leaves behind his daughter Marlie and wife Julie. Todd was a devoted father and husband—always willing to go the extra mile for family and friends.

At home he enjoyed cooking dinner for family most weekends—often picking new recipes to try from America’s Test Kitchen and Cook’s Country. His in-laws Chuck and Mary Ann Hazle were there to enjoy all his hard work in the kitchen.

He also leaves behind his mother, Mary Parker, his brother Mark Davis, Mark’s wife Natalie, and niece Lindsey—family he enjoyed spending time with any chance he could. Trips to Tampa to visit them were always a treat going on excursions to Busch Gardens, going paddle boarding, seeing Winter the dolphin, and going to the aquarium.

Todd was a favorite on the street in Shaker when Marlie was younger, always up for arranging a slip n slide party, water balloon fight, or giant soap bubbles on a summer afternoon. In the winter he gathered Marlie’s friends for a sled run to Lomond hill.

When Marlie decided volleyball was her sport—Todd was all in with lessons, tryouts, and making sure she went to the best school for the sport. He was the quintessential “volleyball dad” from bringing pizza and donuts for the girls on her CYO team, to driving long distances so she could play with her club teams.

Todd very much enjoyed music and art, taking up the violin later in life—just because. One of his cherished moments was playing a duet with Marlie in a recital. He also avidly sketched and was just starting to try oils and watercolors when he was first diagnosed with cancer. He continued sketching and playing the violin during his treatments.

Some of his last spoken words were “I love you all.” He will be greatly missed.

A devout Catholic, a scholarship fund was established at St. Dominic school where Marlie attended from 5th to 7th grade.

A  Mass of Christian Burial was held October 22nd at The Church of St. Dominic.