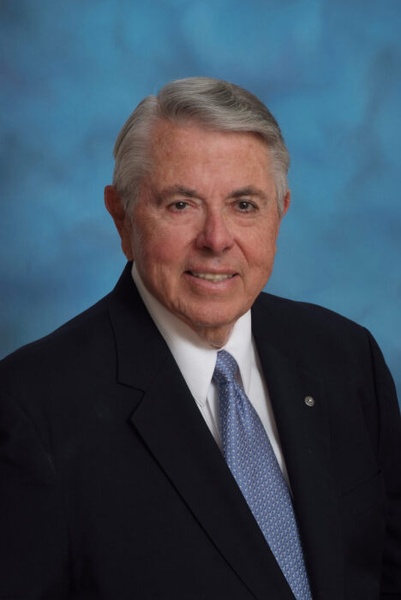 He was a 1952 University School graduate and earned a B.A. in history from Denison University in 1956. After college, he spent two years in the Army, and was assigned to a missile base in Cleveland. Tom began his business career as a consultant for The Northwestern Mutual Life Insurance Co, then  became a sales associate for several publishing companies before forming TCE Enterprises, a sports promotions company, working with high schools and universities.  His interest in high school and college athletes led to the founding of the Moses Fleetwood Walker Memorial award to honor minority students for excellence in baseball and scholastics.

Tom's avid interest in baseball and collection of memorabilia resulted in the founding of the Ohio Baseball Hall of  Fame and Museum, after his work as national chairman of the Cy Young Centennial in Newcomerstown, Ohio. The Hall of Fame went to Springfield, then ultimately relocated in the Mud Hens Stadium in Toledo, Ohio until it closed in 1995. His love of the sport developed into many enjoyable hours associating with baseball greats, a life long dream.

His connection to the sports world and his many hours of community service garnered numerous awards of which he was very proud.  His desire to “give something back” started very early when as an eight year old, he collected scrap metal for the local World War 11 effort. He served as president of the Shaker Heights Rotary Club, completing 20 new projects in a single year, and the Phi Delta Theta Alumni Club of Cleveland. The fraternity became a lifelong commitment and he spent many rewarding hours with the Akron alumni club of Northeastern Ohio. His awards include The Governor's Award for Distinguished Ohioans, the Ohio Veterans Hall of Fame, the Ellis Island Hall of Fame, Phi Delta Theta Distinguished Alumnus Award, the Aurora Historical Society Lifetime Achievement Award, the Northern Ohio Live Award for Volunteerism, 1990-1991, and the Medical Mutual of Ohio Outstanding Senior Volunteer for 2006. As a member of the Flushing Masonic Lodge, he received the Rufus Putnam Distinguished Service Award.   His biography is referenced in “ Marquis Who's Who in America” and he has a profile on Cleveland Seniors.com.

Tom was known for his enthusiasm and great smile. He loved meeting new people, golfing with friends, and telling interesting stories, all of which were true.  He enjoyed speaking to service clubs and historical societies about his many adventures with the game of baseball.  He had the luck of the Irish and used it well.

In lieu of flowers, the family suggests that memorial donations may be made to American Diabetes Association, 4500 Rockside Road, Independence, OH 44131, www.diabetes.org/donation or by phone - 800.342.2383.

A private family memorial service will be held at 2pm on Friday, November 27 at First Baptist Church of Greater Cleveland.  Interment, Lake View Cemetery.  Friends may view the service virtually via live stream and for additional information, complete obituary and guestbook, by logging online to www.Brown-Forward.com/obituary/Thomas-Eakin.