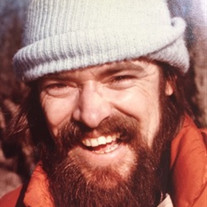 He was born December 20, 1942 in New Kensington, PA son of Thomas Theodore Allen and Ann Amanda Giesey Allen. He is survived by his wife Jill, daughter Nicole, sisters Peg and Liz, brothers Dave and Cam, best friend, cousin Tuck. He and Jill were married in 1983 in their back yard attended by his daughter, their family, friends and the family dog, Frogger.

During the Vietnam War Ted enlisted in the Navy in 1964 and worked on the USS Enterprise as a technician for its Nuclear Reactor. He was honorably discharged in 1967 and received both a Vietnam Service Medal and a National Defense Medal. Although his profession was as an Electronics Technician his avocations were music, especially classic rock and jazz, collecting and playing various instruments, and designing cool stuff, including electric guitars and amplifiers - sometimes even making them. He also loved building, fixing, collecting and taking apart audio equipment and other electronics into its constituent parts - sometimes they also got put back together. He had a great eye for visual design and was a talented photographer.

A fascinating, opinionated, complicated, joyful, strong willed, openly loving and often exasperating individual he was gifted with a child-like joy brought out by music and food and loved his family deeply.

The Memorial Service for Ted will be at 2 pm Saturday, Jan. 24th at Wade Chapel at Lake View Cemetery, 12316 Euclid Avenue, Cleveland, OH 44106 and we will be gathering immediately following at the Bottle House, 2050 Lee Rd., Cleveland Heights, OH 44118 for noshes, tasty beverages and memories. Please join us. Any questions please email Nicole at

PDF Printable Version
To order memorial trees or send flowers to the family in memory of Thomas Allen, please visit our flower store.