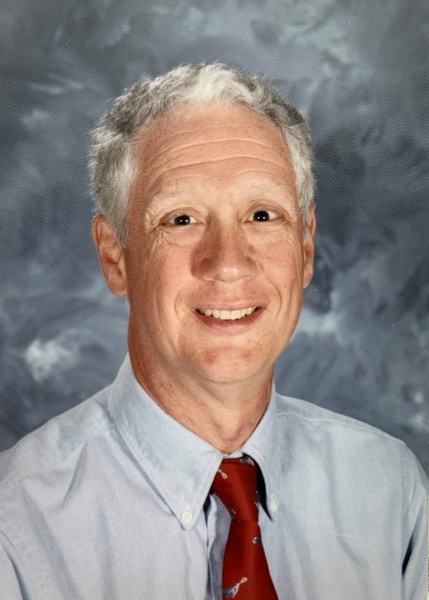 Baird was born on June 24, 1941, in Baltimore, Maryland to the parents of Mary House and Theodore Baird Wiehe. They moved to Cincinnati, Ohio where he attended Lotspeich Day School and became an avid Cincinnati Reds fan. He attended the Gow School in Aurora, New York before attending Williston Academy in Easthampton, Massachusetts graduating with honors.  He earned his Bachelor of Arts degree from Johns Hopkins University and his Master’s in Teaching from Brown University. He received an Honorable Mention Award from the National Soccer Association for playing soccer at Johns Hopkins University. Baird met Sarah Bell Noble working as camp counselors at Christ Church Camp in Cincinnati, Ohio. They were married on August 21, 1965, in Cincinnati, Ohio.  As a result of their experiences as counselors at Christ Church Camp, they chose to move to Shaker Heights, Ohio to raise their family in an integrated community. Baird began his lifelong teaching career at Shaker Heights High School until he retired in 2001. They raised two sons, Peter Baird Wiehe and Oliver Grant Wiehe.

Baird had a passion for and loved his family,  teaching, coaching soccer, watching baseball, and running. Baird believed it was his duty to make the world a better place. He chose a life of service and one of educating our countries greatest resource, our children. He taught Psychology, Sociology, Government and was known for creating and teaching classes like “Country Capitalism” and “Death, Dying and Old Age”.  He loved the challenge of teaching analytical thinking and interactive discussion coupled with his irrepressible sense of humor. Living in Shaker and teaching at the high school, Baird was passionate about integration. He supported the MAC (Minority Achievement Committee) Program from its beginning until he retired in 2001. He started and built the first-ever Boys and Girls soccer teams at Shaker Heights High School, the Shaker Heights Community Soccer Program, and was selected to be a member of the Ohio State Soccer Hall of Fame.  For many years Baird rode his red bicycle, a gift from his soccer team, to school every day. As he rode by houses in the neighborhood, people knew the exact time of day because he rode past at the same time every day. An avid runner, he could be seen into his 70’s running the streets of Shaker, the community he loved so much. Known for having a great sense of humor and being an excellent conversationalist, Baird had a way of making people feel welcome and included wherever he went.

He is survived by his beloved wife of fifty-four years, Sarah Bell Noble.  Baird was a devoted father to Peter Baird (Tasha) and Oliver Grant (Heather).  He was a brother to Elizabeth House Wiehe Carr (William) and Phillip Freeman Wiehe (Linda).  Baird was known as “Pappy” to all of his loving grandchildren, Travis, Elizabeth, Caroline, Katherine, Spencer, and Grace.  He was a favorite uncle, cousin, and friend and will be missed by many. A service in his memory will be held this summer.