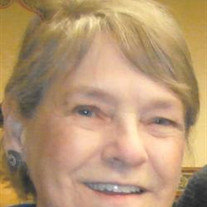 Susan Jane Mallula JohnsonApril 30, 1935 - November 27, 2015Susan was born in Middlefield, raised her family in Shaker Heights and retired in Maple Heights, Ohio. She passed away on Friday, November 27, 2015. She is survived by her husband of 61 years, Bobby, her two children, Juliette Regnier (Michael) of Cleveland Heights, Jeffrey (Kathleen) of Orem, Utah, her granddaughter, Meredith Webb of Chicago and her sister, Dolores (Dolly) Nash of Brunswick. As well as many beloved step-children, grandchildren, nieces and nephews. Susan, of Finnish descent, was raised on a dairy farm in Middlefield, Ohio, relocated to Cleveland as a teen and graduated from East High in 1953. She met her husband in high school and they were married in 1954. She attended nursing school for a brief time after high school but moved into office management, sales, bookkeeping/accounting and medical billing. Over the years, she worked for Structural Sales, Chamberlain Cleveland, Schaefer Brothers, and retired from Pediatric Associates in 2010. In the 1960's, Susan was a singer, primarily of standards, big band music and jazz. She performed with bands in nightclubs all around the Cleveland area. She was a Women's Rights activist leading the Cleveland movement for the Equal Rights Amendment in the '70's, often the voice of the movement locally with many public appearances and numerous published articles. She was the Cleveland Chapter president of NOW and a founder of the Rape Crisis Center. She was an avid and gifted gardener creating lush and gorgeous landscaping around both their family homes in Shaker and Maple Hts. Susan was a true caregiver and healer. She was deeply devoted to life. In her little corner of the world, she cared for and nursed her loved ones, the earth, her animals, and the world. She believed in fairness, justice, human rights and had a spiritual outlook of inclusivity and pantheism. But mostly, day after day, week after week, month after month, she did the right thing every day. She took care of her responsibilities and she loved her family. She was our example, our hero. Our rock. A celebration of her life and light will be held on Sunday, December 20, 2015 from 2p-4p in the Music Room of The Alcazar at 2450 Derbyshire Rd. in Cleveland Hts. Ohio 44106. In lieu of flowers, the family requests donations be made in her name to either organization below. Or plant something in the spring! The Gathering PlaceTGP East23300 Commerce ParkBeachwood, OH 44122https://touchedbycancer.orgHospice of the Western ReserveDevelopment Office17876 St. Clair Ave.Cleveland, OH 44110www.hospicewr.org


PDF Printable Version
To order memorial trees or send flowers to the family in memory of Susan Johnson, please visit our flower store.