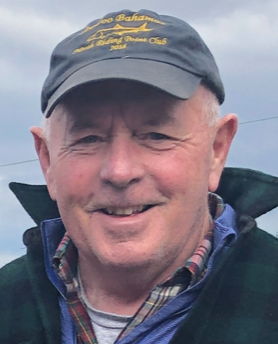 Steven E. Armington of Novelty, Ohio died peacefully - though, characteristically, not without a fight - on Feb. 12, 2022 at the age of 70.

Son of Raymond Q. and Elizabeth (nee Rieley) Armington, he was born on May 5, 1951 in Mount Vernon, Ohio. Steve was the loving husband of Barbara Armington (nee Burry); adoring father of Meagan Armington, Dana Walczak (Mike) and Bobbi Georgeson (Scott); and beloved grandfather of Cole and Walker Langworthy and SJ Georgeson. He leaves behind many dear family members and friends.

After graduating from Hawken School in 1969, Steve continued his education at the University of Denver. For more than two decades, Steve was President & CEO of Ranpak Corp., a paper packaging and equipment company based in Concord, Ohio. By the time he retired in 2001, he had more than 24 patents to his name and had expanded Ranpak from a local business to a global enterprise. An avid sportsman and angler, he fielded hunting and fishing expeditions from the Arctic Circle to the Florida Keys – always sharing these experiences with people he loved. Somewhere on Amazon.com, a pilot episode of his hunting and fishing show – “the Caribou Maneuver” – is still available on DVD. Steve never missed an opportunity to bring family and friends together for legendary meals, often prepared by him. In a final act of defiance, he took his famous fried chicken recipe to the grave. He loved good music, good food, and good times with authentic people from all walks of life. He had a keen sense of humor (as long as he was the one cracking the joke). He was a generous and thoughtful – if eccentric – gift giver. He held court on “the Roost” at his home in Key Largo and in “the Office” at his camp in the Adirondacks, where the drinks and the conversation flowed freely. If his late night stories are to be believed, he cheated death more than a few times – managing to outmaneuver dangerous large game animals, would-be kidnappers, mobsters and crooked cops alike. Verifiably, he traveled the world and mingled with U.S. presidents, business leaders and famous actors - but he was happiest at home in Cleveland, Ohio; Key Largo, Florida; and Old Forge, New York. Steve did not suffer fools gladly, but those who earned his respect became family. Known to be tough as nails, he had a soft spot for his wife, daughters and grandsons.

A singular man of many names – “Armo” to his family and friends, “Daddy-o” to his daughters, “G-Daddy” and “Pops” to his grandsons, Steve is sorely missed by those who had the good fortune to know him.

A celebration of Steve’s life will be held at a later date.

In lieu of flowers please make a donation to the Cleveland Museum of Natural History,  the wildlife division, in memory of Steven E Armington, 1 Wade Oval Drive, Cleveland, OH 44106.  Here those funds will continue to support the Raptor exhibit he donated in his mother's name.

To order memorial trees or send flowers to the family in memory of Steven Armington, please visit our flower store.