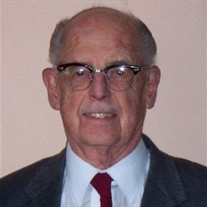 Stanley Willard Kimball, D.O. (03 Apr 1917-10 Jan 2017) was born in Grafton, NH to Archie Kimball (sawyer) and Ada Tinkham (teacher). He attended the one-room schoolhouse down the road through 8th grade and then caught the Boston-Maine train to go to high school 10 miles away. After school, he helped his dad in the sawmill or served as "gopher" in the East Grafton General Store next door that his mother owned. At night he did his studies by kerosene lamp.

Anna Tinkham, D.O., literally saved Stanley's life. He had had whooping cough when he was 6 years old. When he was 11, Aunt Anna had an xray taken of his lungs. '"Aunt Anna told me later that he said most of my lungs were gone and I wouldn't live very long. . . I wouldn't live ten more years. So I fooled them all!"' '"I spent a long summer at Aunt Anna's. I couldn't walk across the room hardly. I couldn't breathe when I got up and walked around, so I stayed in bed. Aunt Anna was sure I wasn't going to survive. She and a lady doctor named Ruth Anderson took turns working on me osteopathically every day for a period of three or four months. A third lady was a spare and she came sometimes. They raised my ribs and stretched my back and did a bunch of other things. They thought it might help me breathe. . . and it did, but it didn't make me totally better. It was the worst when I was about 6 to 10 years old. ... Ma giving me cocoa early in the morning and I ate a lot of eggs and I was quite allergic to both of them. I didn't know. People just plain didn't know because they hadn't invented things. Aunt Anna didn't know about allergies. She didn't know about vitamins. They didn't know anything about vitamins. I think I ate differently down at her house.... She finally got me straightened out so I did pretty good. By the time I got to go to high school I didn't miss a day. I was alright. I played basketball and baseball. I ran. It didn't bother me."'

Stanley went to Worcester Polytechnic Institute in Worcester, MA to become a chemist. After 2 years of being in a "stinky chemistry lab," he didn't want it anymore. Aunt Anna had saved his life, so he went to her. He chose now to become a doctor. Worcester didn't have the courses he needed, so he transferred to Colby College in Waterville, ME for his final two years and then went on to Chicago College of Osteopathy in Chicago, IL for medical school.

While attending Colby, Stanley met Roberta Burrill (an accountant) on a blind date. When they decided to marry: '"I arranged a dance with a band at a hotel for the whole school on the day of my wedding. Because I was president of my class, I could decide things like that. ... First stop on my wedding day (30 Jan 1943) was the photographer's. Then to the church to be married by the minister. In his brother, John's, words: '"We picked up another couple, the flowers, and the cake and started to Phelps & Phelps... For dinner we had shrimp cocktail, fruit salad, sugared rolls, steak (just as tender as could be), baked potato, peas and ice cream. Oh, yes, and the cake.... After eating, we went on a house call with Margaret Barnes (D.O) and then to the Shoreland Hotel where C.C.O. was giving a dance. He (Stan) hired the room and orchestra. Nearly all the faculty was there which is very rare for most of the parties given. Stan had been the one to do all the planning for the dance. It was really a great success and was Stan glad... I imagine there were nearly 300 there and they all got up and cheered Mr. and Mrs. Kimball."'

Stanley went on to become a successful osteopathic physician specializing in radiology. He cared deeply for his work and his family. He was a strong church man and put a lot of emphasis on education, both in his own life and those of his children. Stanley passed away at home with his family. He was a grand patriarch and will be sorely missed by all.

In lieu of flowers the family suggests contributions in Memory of Stanley to his alma mater: Colby College, 4335 Mayflower Hill, Waterville, ME 04901.

A Celebration of Life for Stanley will be held at 1:00 p.m. on Friday, January 20 at Brown-Forward, 17022 Chagrin Blvd, Shaker Hts., OH. Interment, Pine Grove Cemetery, Waterville, ME.