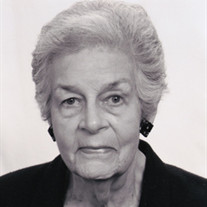 Shirley S. Oberlin, (nee Cousins), age (85), of Bratenahl, Ohio, was preceded in death by her husband of twenty years, Richard P. Oberlin, actor, director and administrator of The Cleveland Play House for 31 years. Dear aunt of David (Allison), Marcy (Shawn), Mike, Chris (Tom) and Jeff (Chris).  She is also survived by her sister-in-law, Jeanie Oberlin Buczek and husband Al and family, and the closest friend of 60 years, the late Robert S. Schug, and his three sons: Andrew S. of Arizona, Jeffrey and Cheryl and their two girls of Hudson, Ohio; David and Christi and their three children of Villa Nova, Pennsylvania.

Shirley was born in Columbus, Ohio on August 12, 1930 to Lotta Walker Cousins and Howard Travis Cousins. They lived in Pittsburgh and Ben Avon, Pennsylvania, Tiffin, Ohio and Birmingham, Michigan. Shirley attended Kingswood School Cranbrook four years and was graduated from The College of Wooster, Ohio. Class of 1952. She moved to Lakewood, Ohio to work for Ohio Bell Telephone Company in the downtown business office. Shirley worked two years at Baker Hostetler and 21 years with The Smythe, Cramer Company and retired as an accounting supervisor. She was tax administrator of The Village of Bratenahl, Ohio for 11 years.

The family prefers that those who wish may make contributions in her name to the Richard & Shirley Oberlin Endowment Fund of the Cleveland Play House, 1901 E. 13th St., suite 200, Cleveland, OH 44114.  Services are private.

PDF Printable Version
To order memorial trees or send flowers to the family in memory of Shirley Oberlin, please visit our flower store.