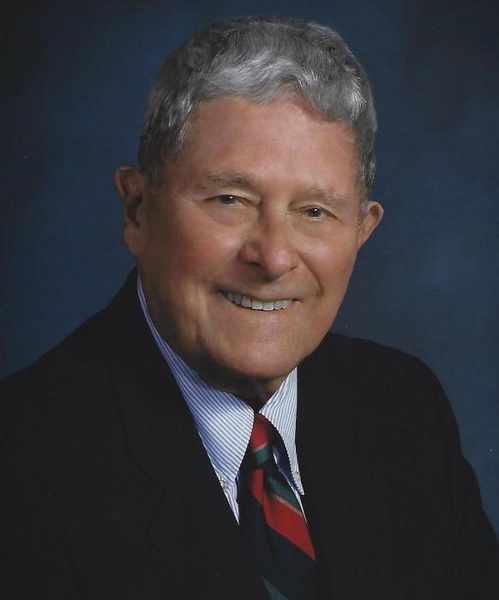 Sheridan Palmer Harris of Naples, Florida passed away on Saturday, December 15, 2018 at the age of 94.

Sherry was born and raised in Chagrin Falls, and if it weren’t for the weather, he would have lived there his whole life!

He was a proud 1942 graduate of University School and took great joy that his grandsons followed in that legacy. He attended Yale University, but like so many of his Greatest Generation he chose to serve as a Naval Aviator, flying PBYs in WWII.

Sherry was a salesman in every sense of the word-while beginning his career in the hardware business with The George Worthington Company by 1960 he had formed his own agency.  For 30 years he enjoyed the challenges of representing the finest manufacturers in the industry, his favorites being Estwing hammers and Vermont American. In addition to his rep agency he was the third generation President of The Harris Realty Company of Chagrin Falls.

His greatest joy was leaving terra firma behind, and going where the wind took him! Piloting his beloved airplanes or covering the water in sail or power boats brought him lifelong friendships- in Pointe Au Baril at his summer cottage on Georgian Bay or winters in Naples, Florida. When he retired, The Naples Yacht Club is where he enjoyed the camaraderie of other boaters and the respect bestowed on The Commodore, a position he thoroughly embraced and for which he will forever be remembered.

His final resting place will be on the street where he was born, in the town that he loved, having travelled his days to the fullest, the wind will bring him home.

Sherry is survived by his wife Zola, his daughter Susan (Tod) and his two grandsons, Hunter and Tucker. He was preceded in death by his parents and his brother Chris.