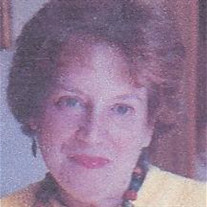 Sheila was a stewardess for TWA during the golden age of air travel. Once her feet touched the ground she worked for many years as a travel agent. When her career in the travel business ended she worked in health care. Encouraged by her love of travel she visited many ports of call. Sheila had a great love of animals and had many cherished pets throughout the years. Her fondness for plants and flowers resulted in beautiful gardens both outside and inside her home.

Interment will be at All Souls Cemetery in Chardon, Ohio. Arrangements have not been finalized.

To order memorial trees or send flowers to the family in memory of Sheila Keech, please visit our flower store.