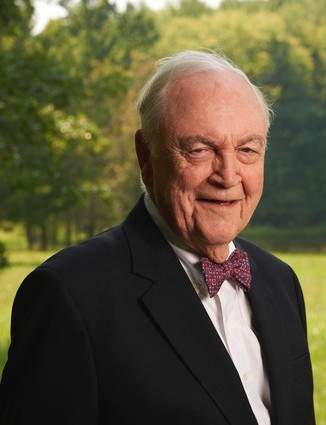 From the Cleveland Plain Dealer:  https://www.cleveland.com/business/2018/11/university-hospitals-former-ceo-scott-inkleys-passing-marks-the-end-of-an-era.html#article

By Ginger Christ, The Plain Dealer

But, after 97 years, the longtime Cleveland doctor, collaborator and mentor died Nov. 15, leaving behind a legacy those who knew him say will not be forgotten.

“He was such a renaissance man,” one of his children mused earlier this week.

Inkley led University Hospitals for four years in the early-to-mid-1980s as president and CEO, served on the board of the Cleveland Museum of Natural History (CMNH) for nearly 70 years, acted as a chairman and longtime trustee of University Circle Inc. and was a two-term mayor of Hunting Valley.

“He was a larger-than-life figure, not only at University Hospitals, but in the Cleveland community,” said Dr. Daniel Simon, president of UH Medical Center. “He had a very strong passion for the things he was involved in. He was one of those guys: if I’m going to do it, I’m going to go all in.”

After attending Harvard University and the Western Reserve University School of Medicine, Inkley started at University Hospitals in 1945 as an intern. He worked his way up, becoming a leader in lung disease medicine and a professor at Case Western Reserve University, while still maintaining a private practice. While there, Inkley helped develop a computerized radiation camera that could reveal human lung function and launched the UH Ireland Cancer Center, now known as the UH Seidman Cancer Center.

“Scott was tireless,” Chris Ronayne, president of University Circle Inc., agreed. “He was a guy who could roll up his sleeves to solve problems for the common good.”

Even after retirement, Inkley remained a familiar presence at the hospital, the museum, in the circle and in local politics; he offered insights to new leaders about the past and the future.

“He was just incredibly giving of his time,” said Ronayne. “He very selflessly believed that this place is bigger than its leaders.”

Inkley nurtured those coming up through the ranks – his children, grandchildren and great-grandchildren; doctors; executives. He was a historian who cared about the future, peers said.

“He really was the historian of the village,” said Hunting Valley Mayor Dick Hollington.

Harvey Webster, chief museum ambassador for CMNH, recalls seeing Inkley this past spring when the retired physician came in to meet the museum’s new CEO.

“He was just so taken with all of the students, all of the kids, he saw in the gallery below. He said, ‘This is exactly what the museum needs to be doing; we need to be engaging the next generation,’” Webster said. “I think part of it was that 12-year-old emerging.”

Inkley’s love for science was born during seventh grade, when a museum staffer did a program for Hawken School. After that, the future doctor started volunteering at CMNH, preparing skunk and opossum specimens for the museum, Webster said.

“We like to say that the museum provided the environment where not only his love of science blossomed but also his love for his betrothed did as well,” Webster said. Inkley met his wife of 76 years, Josephine Newcomer Inkley, at the museum.

Inkley and his wife raised raised four children and his ward in their home in Hunting Valley.

The children remember Inkley stopping to make house calls when their dad took them to school in the morning.

“We’d arrive at school and he’d kiss us goodbye, and we might not see him until the next morning,” one said.

But they were proud of their dad’s dedication to his work and to his patients and considered him a role model. They even took turns working in his office while his secretary was on vacation.

“I think he taught all of us that it was very important to give back to the community,” one of the children said.

Even if that meant having phone calls cut off by the operator because Dr. Inkley needed the phone line open for emergency calls from patients, they fondly remembered.

Despite his commitments, Inkley reserved time for his family. Each year, the family would spend three weeks on an island the family owned in Canada. In the early days, there was no electricity, telephone or indoor plumbing.

“We had three weeks of Dad’s undivided time,” they said.

And, as the family expanded to include 11 grandchildren and 11 great-grandchildren, the kids would take turns spending time with Inkley on the island.

“He loved to talk to the grandchildren and great-grandchildren about the great issues of the world. He was a teacher but he could do it at their level,” one of the children said.

And later, Inkley and his wife took the family to Italy on a handful of occasions to share their love of traveling with their children.

“I don’t think any of us could have thought of anyone we’d rather be there with,” one of the children said.

Inkley’s children say they will miss “everything” about their father, including his sense of humor and his trademark bowties.

“He was known for his ever present bowtie, which he said he wore because it never got in the way when he was bending over patients and it didn’t dip into the soup,” one of the children said.

“I always imagine him with his bowtie on and a kind of a twinkle in his eye, the edge of his mouth generally upturned in a smile,” Webster said. “He was someone that you just wanted to be around, not because he was loud or boisterous or pushy. But when he walked into a room, he commanded your attention.”

“It’s not only that we lost an extraordinary man; it’s the closing of an era,” Webster said. “He just represented the best of that generation. We will miss him terribly.”

A Celebration of Life will be held Saturday, January 19, 2019, at 10:00 AM at the Cleveland Museum of Natural History, One Wade Oval Drive, Cleveland, OH.

Scott Russell Inkley, M.D.  Retired president and CEO of University Hospitals of Cleveland, internist and professor of medicine at Case Western Reserve University School of Medicine passed away on November 15, 2018, at the age of 97. After retiring Dr. Inkley served as Chairman of University Circle Inc. and Mayor of Hunting Valley. He was a board member of the Cleveland Museum of Natural History for over 60 years. Dr. Inkley is survived by his wife of 76 years, Josephine Newcomer Inkley, daughters Christian (William) Manuel, Leslie (James) Halloran, Sabrina Inkley, son Scott Russell (Roxanne) Inkley, Jr., 11 grandchildren; 11 great grandchildren, brother Edwin Dale (Pamela) Inkley.

THE FAMILY STRONGLY REQUESTS THAT YOU CONSIDER NOT SENDING FLOWERS TO THE SERVICE.

In lieu of flowers, donations may be made to the institutions listed below.

PLEASE DISREGARD THE FLORAL SUGGESTION BELOW.

A Celebration of Life Service will be held Saturday, January 19, 2019, at 10:00 AM at the Cleveland Museum of Natural History, One Wade Oval Drive, Cleveland, OH.