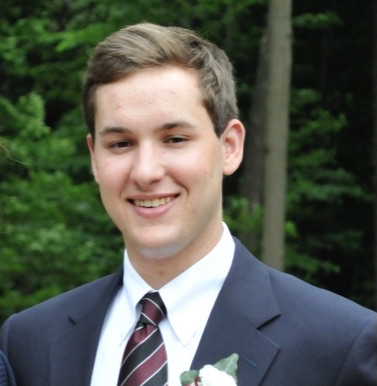 Sam graduated from University School in 2012 as a “lifer” where he enjoyed his studies and played goalie on the varsity hockey team, earning the co-MVP award for the state “Frozen Four” team his senior year. He was also a member of the varsity lacrosse team. He was a Strnad Fellow and a Burton D. Morgan Entrepreneurship Fellow. Every day he lived the US motto: “Responsibility, Loyalty, Consideration.”

He was a 2016 graduate of Kenyon College where he majored in Economics and minored in Environmental Sciences, he served as President of Delta Tau Delta, and he was a passionate member of the Kenyon co-ed acapella group, “The Chasers.”

Sam had many and varied interests. In addition to hockey and lacrosse, he enjoyed the outdoors and he rode his bicycle with Overland teen groups coast to coast across the USA and from Seattle to San Francisco (with all his needs for the trips carried on his bike!). He also enjoyed traveling and he did post-graduate work at the London School of Economics.  Sam was a kind and gentle soul with a smile and a chuckle for anyone he met.

To order memorial trees or send flowers to the family in memory of Samuel Althans, please visit our flower store.