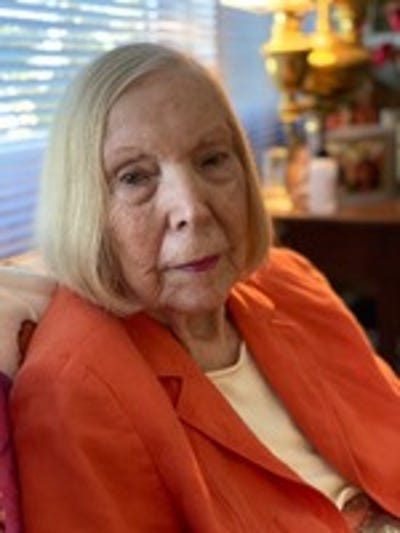 Roberta was born and raised in Suffern, New York, daughter to James Van Winkel Brown and Dorothy Louise Lanning. She moved from New Jersey to the island of St. Croix with her first husband and their son. In St. Croix, Roberta gave birth to a daughter and eventually took the children for a trip to Europe and a new start.

The family returned to the states on the ocean liner Queen Mary's penultimate journey to New York, and in the summer of 1967, they embarked on a road trip north from Miami and found Palm Beach. They liked what they saw, settled into a house on the quaint north end of the island, and Roberta then served as secretary to the Principal of Graham-Eckes.

Roberta met Jack, and they were married in January of 1971. They raised three children together on Clarke Avenue and returned seasonally to Jack's hometown of Shaker Heights, Ohio for several years until they decided to remain in Palm Beach year-round.

Roberta led an active social life and could be found many afternoons playing bridge at the Beach Club or in a rotary of home games with friends. She attended Holy Trinity Episcopal Church and was a member of its prayer group until she could no longer attend. Roberta will be laid to rest in Riverside Cemetery in Cleveland, Ohio beside her husband and his family.

To order memorial trees or send flowers to the family in memory of Roberta Brown Jennings, please visit our flower store.