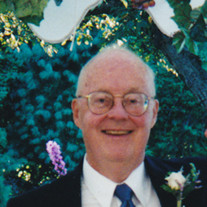 Robert Daniel Sweeney, former Chair of the Philosophy Department at John Carroll University, died Saturday, January 23, 2016 in Cleveland, Ohio after a long illness. Robert and his twin Richard Daniel Sweeney were born in Queens, New York on August 29, 1929 to John Gordon Sweeney and Teresa Grottendieck.  Robert received his B.A. from Saint John's University and his M.A. and Ph.D. in Philosophy at Fordham University.  He served in the United States Army in France from 1953 to 1955. Robert began his academic career teaching Philosophy at Duquesne University in Pittsburgh in 1957 and later joined the faculty at John Carroll University in University Heights, where he taught Continental Philosophy and where chaired the Philosophy Department from 1988 to 2000. He retired from the university in 2000.  While at JCU, he organized the Russian Film Festival in October 1989 and was named the first holder of The Don Shula Chair in Philosophy.  During the past two decades, he continued researching, actively presenting at conferences and publishing articles on the writings of several important German and French philosophers, primarily Max Scheler - on whom he wrote his dissertation at Fordham -- and Paul Ricoeur.

Robert leaves his wife, Diane, four children from his first marriage, Maura (Steve Kiczek), Robert, Jr. (Sabra), Elizabeth (Billy Hardy) and Sheila (Mario Suarez) and six grandchildren Theresa and Christina Kiczek, Thomas and Daniel Sweeney, and Leandra and Renata Suarez. He also leaves a step-son, Matthew Scillia, a brother, John Gordon Sweeney, two sisters-in-law, Sylvia and Patricia, numerous nieces and nephews, and many friends, including those in The Rowfant Club, his "tennis buddies," and the ADA.  He loved music and supported music performances in Cleveland.  Robert will be missed.  The family suggest donations be sent to The Cleveland Orchestra, 11001 Euclid Avenue, Cleveland, Ohio 44106 -1796.  A Funeral Mass will be held Saturday, February 6th at 11 AM in Our Lady of Peace Catholic Church, 12601 Shaker Boulevard, (Two blocks West of Shaker Square), Cleveland, Ohio.  Interment All Saints Cemetery, Northfield, OH.  FRIENDS MAY CALL AT BROWN-FORWARD, 17022 CHAGRIN BLVD., SHAKER HEIGHTS, OHIO FRIDAY, FEBRUARY 5TH FROM 5 TO 7 PM.


PDF Printable Version
To order memorial trees or send flowers to the family in memory of Robert Sweeney, please visit our flower store.