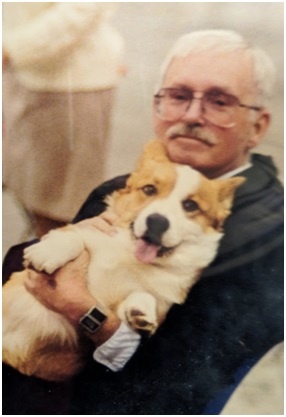 The family of Robert (Bob) Remington Caldwell regret to share that he passed away peacefully on March 1, 2019 in Concord Township, Ohio. Bob was born in Detroit, Michigan to the late Colonel Robert Melville Caldwell (Ret. AF) and the late Madelyn Rutherford Handley.  He has joined the “love of his life” and wife of nearly 20 years, Helen Bole Jones, in heaven. He is survived by his sisters Barbara Caldwell Zmach (Florida) and Sandra Caldwell Johnson (New Jersey); his first wife, Sherry Caldwell Worstine (Florida); his son, Christian Caldwell (Virginia); his granddaughter, Nicole Caldwell (Virginia); half-sisters Jan Heaton Frazier (Pennsylvania) and Jill Heaton Latham (Virginia); five nieces and five nephews as well as other family members.  Bob was a graduate of the Randolph-Macon Military Academy in Front Royal, Virginia and was an Engineering major at Virginia Polytechnic University in Blacksburg. He worked as an engineer during his career in the Washington, D.C. area as a government contractor. Bob was a thirty year resident of Mentor, Ohio.

His passion in life was the Cardigan Welsh Corgi breed and Kennebec Kennels.  Bob was the first recipient of the Lifetime Achievement Award given by the Cardigan Welsh Corgi Club of America. He was a past president of the organization as well as an honorary lifetime member.  Bob was one of the first breeder judges and judged the 1999 National Specialty. Bob and his wife Helen were instrumental importing Cardigans from the United Kingdom who became influential in the breed including Ch. Dilwel Roland and Ch. Joseter Joson.  He served on or chaired special committees for the club including: AKC standard revision; the Illustrated Standard committee; committee that established guidelines and instituted the Megan Competition, a champions only competition held annually at the National Specialty, honoring the first AKC Cardigan champion, Ch. Megan.  Bob was a founding member and past president of the Cardigan Welsh Corgi Club of Western Reserve. His peers shared that he was a dedicated mentor who readily gave his time and shared his knowledge of Cardigans with all who wanted to learn. The Cardigan Welsh Corgi would not be what it is today had it not been for Bob’s commitment to the breed's continued improvement and recognition in the dog world.

In lieu of flowers, Bob’s family has asked that donations be made in his memory to: