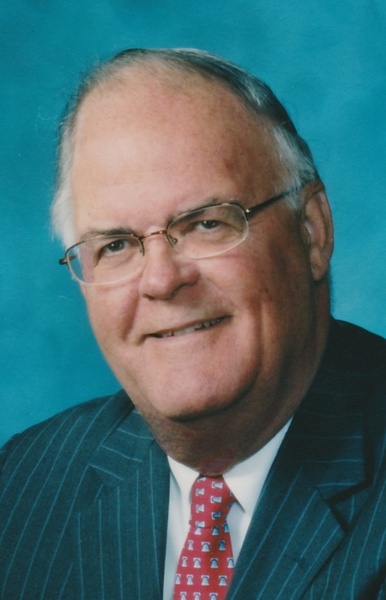 Beloved husband of Joan (nee Horsburgh) for 55 years, loving father of Rick (Leslie) of Dublin, Ohio, and Alison Ainsworth of Seattle, WA, devoted grandfather of Meredith Claire and Lydia Grace Ainsworth of Dublin, Ohio, dear brother of John R. (Joanne) of Chatham, New Jersey, and Sally Anderson (Vince) of Chicago, Illinois; uncle to many nieces and nephews; son of the late Richard B. and Mary Ainsworth, two accomplished lawyers against whom Dick claimed he “never won an argument!”

A native of Shaker Heights, OH (as was Joan, his high school sweetheart), Dick was a 1960 graduate of University School, Yale University (BA) and the University of Michigan (MBA).   He was especially proud of having served three years aboard the USS OGDEN (LPD-5), an Amphibious Landing Platform Dock type of warship, as a combat-tested and decorated Navy officer and Vietnam Veteran, who suffered a 100% combat related-disability within the U.S. Veterans Administration.  His subsequent 48-year multi-faceted business career consisted of a series of executive positions at Reliance Electric, Acme Cleveland Corp., Kirtland Capital Corp., and several banks and various financial service and consulting firms.

Outside interests and activities in the Greater Cleveland Community include 15 years as a trustee (and former Board Chair) of the Conservancy for the Cuyahoga Valley National Park (CVNP), a volunteer fundraiser and a member of Case Western Reserve University School of Medicine’s Council for the Advancement of Academic Medicine, as well as having served as a member of the Cuyahoga County Republican Party’s Executive Finance Committee.  Dick also held a six-year Presidential appointment to the Federal Service Impasse Panel in the George W. Bush Administration.

In addition to the above, Dick was also a seven-year Stage 5 Kidney Dialysis patient, who had to spend 15 hours a week immobilized and strapped into a dialysis treatment chair in order to get his blood artificially purified.   And yet, he never complained or felt sorry for himself about this cruel disability.  Dick will always be remembered in Cleveland for his subtle, understated sense of humor and bad puns, modest demeanor, quietly upbeat and generally positive attitude, incredible determination and energy to see things through, and a general zest for life (as well as for U of M Wolverine Football).

The family prefers that those who wish may make contributions in his name to Conservancy for Cuyahoga Valley National Park, 1403 W Hines Hill Rd, Peninsula, Ohio 44264. A Funeral Mass will be held Thursday, September 16th at 11am in Our Lady of the Lake Catholic Church, 19951 Lakeshore Blvd., Euclid, OH 44119.

Friends may view the Funeral Mass virtually by visiting this webpage on the date and time of the service, or by viewing a recording of the service thereafter.

There will be a private family interment at Lake View Cemetery.

Our Lady of The Lake Catholic Church, Lakeshore Blvd, Euclid