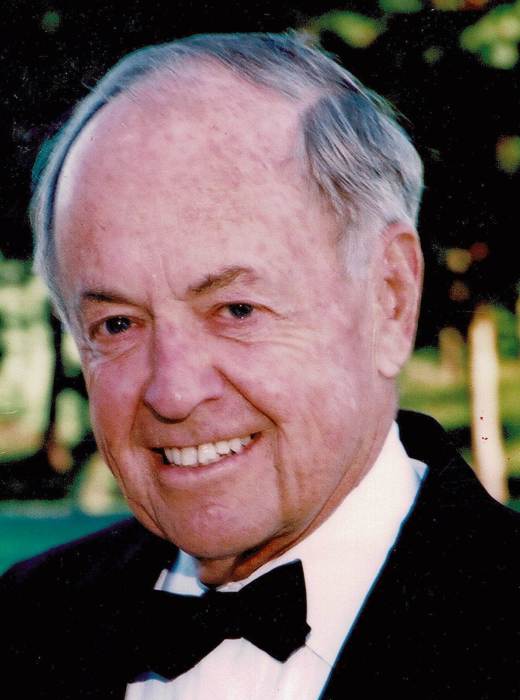 Dick was a life-long Cleveland resident.  He graduated from University School, Class of 1945, and immediately enlisted in the US Navy 1945 WWII Pacific Theater.  He then returned and entered Miami University of Ohio and graduated with a business degree, Class of 1950.

He joined his father in business (Reynolds Machinery Company) and attended Cleveland Marshall Law School at night, passing the bar exam in 1956.  Dick and Edna were married in April of that year.

Dicks interests were primarily his love of family, but he always found time to read a good book, particularly world histories and biographies.  David McCullough was one of his favorite authors.  He considered himself a true student of the Civil War.

Sports also prevailed in the Zilm family with skiing and tennis and as he aged Dick picked up the game of golf.  Dick and Edna loved to ski in Vail, CO, where they were the 10th registered guests when the resort opened.

Dick was also known as "Sweetie" to his friends.  Imagine if you will, being married for 64 years to a truly "good man"!  He was gentle, honest, faithful, kind, and patient.  He will surely be missed,

In lieu of flowers, contributions may be made to the Academic Scholarship Fund, Department of Nursing, Miami University, 501 E. High St., 106 Pearson Hall, Oxford, OH 45056.

A Mass of Christian Burial will be held at The Church of St. Dominic, 19000 Van Aken Blvd., Shaker Hts., OH 44120 on Saturday, February 1 at 11am.  Entombment, Knollwood Mausoleum.

To order memorial trees or send flowers to the family in memory of Richard Zilm, please visit our flower store.