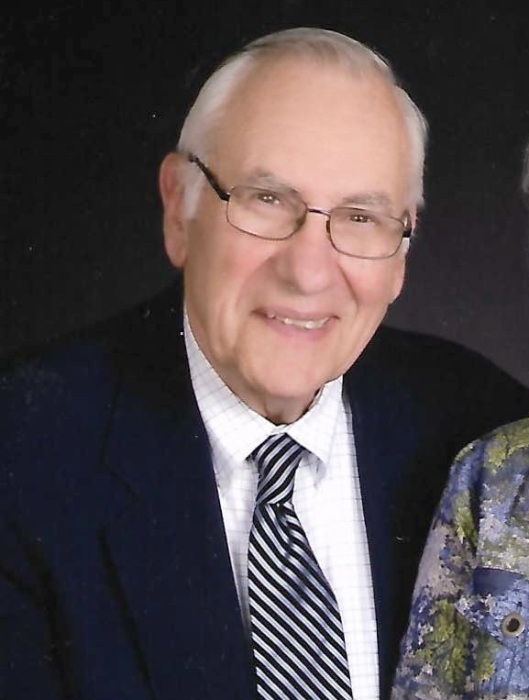 Richard Carl Peterjohn passed away on Saturday, October 31st at the age of 86. Peterjohn was a husband, father, grandfather, accomplished athlete and celebrated educator. He was born October 30th, 1934 in Cleveland, Ohio. He enjoyed an adventurous and active childhood of playing sports, scouting and exploring the Adirondacks with beloved cousins in the summers. He graduated from Cleveland Heights High School in 1953, and went on to study and play baseball at the University of Michigan, where he earned multiple varsity letters.

After graduating in 1957, Peterjohn taught in Germany with the US Armed Forces. He returned to Cleveland and began a long career in education as a teacher, coach, counselor, assistant principal and principal in the Shaker public schools. Along the way, he earned a doctorate at Michigan State University, where his scholarship focused on the power of optimism in education. He found immense joy in his profession and mentored countless young people, many of whom continued to stay in touch with him in their adult lives. He had particular impact at Woodbury Junior High School and Byron Junior High School (now Shaker Middle School), where he had a combined tenure of over 30 years. Peterjohn loved nothing more than to bump into a former student out and about in the Heights and hear all about their lives.

Peterjohn married a fellow teacher and the love of his life, Elspeth Barclay, in 1962. Together, they instilled in their family his love of education, travel, and sports. He shared with them many wonderful gatherings on Deep Creek Lake, trips to Ann Arbor for Michigan football games, and thoughtful phone calls. When he saw a newspaper clipping he thought a loved one would like, he cut it out and mailed it to them. Just as he worked for his students, he lived for his family. His two children, two children-in-law and seven grandchildren continue to live by his model of positivity, hope and kindness.

In addition to being a respected teacher and beloved father, Peterjohn was an active member at Forest Hill Presbyterian Church where he worshipped and volunteered. Those who knew him can attest that he was a devotee to the city of Cleveland. He marvelled at its history, cultural institutions and its sports teams. There was none more loyal to the Indians and the Browns. And, of course, none more loyal to the Wolverines! He was a treasure trove of sports history, stats, trivia, and loved watching any competition be it rec league, scholastic, collegiate or professional.

He was a man of his community through and through. Neighborhood friends grew into lasting companions who he enjoyed having regular breakfasts with at Tommy’s and Jack’s Delicatessen. His students knew him first as a teacher or principal, and later as a lifelong cheerleader who took great interest in their stories as they embarked on their own careers and built their own families. He was known for his warm smile, his humor, and a penchant to clap you on the back and call you by your last name in true coach fashion. Peterjohn loved people and connected authentically  with most everyone he met. He found his own happiness celebrating the joy of others.

Today, his family mourns the loss but revels in the magic of his life. Peterjohn is survived by his wife: Elizabeth B. Peterjohn; his children and in-laws: David and Susanne Peterjohn and Kristen and Joe Brown; and his grandchildren: Katherine Brown, Elizabeth Brown, Jack Brown, Joe Brown, Laura Peterjohn, Allie Peterjohn, and Maggie Peterjohn. Though a traditional service is impossible at this time, the family invites those who wish to honor Richard C. Peterjohn to share remembrances on this webpage.  Those who may wish to make donations in his name can do so to The Yellow House Community, 29 Seminary St, Middlebury, VT 05753 yellowhousecommunity.com or  to The Abundance Food Pantry at Forest Hill Presbyterian Church 3031 Monticello Blvd, Cleveland Heights, OH 44118

A private family funeral service will be held.

To order memorial trees or send flowers to the family in memory of Richard Peterjohn, please visit our flower store.