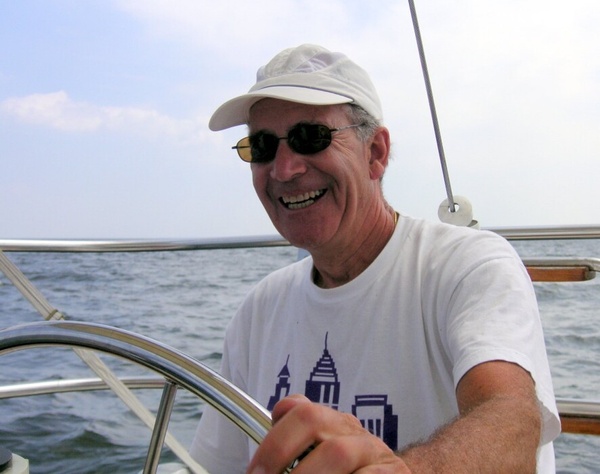 Dick attended Lehigh University as an army reservist, majoring in metallurgical engineering. He continued his graduate studies in business at Cornell University and New York University. In 1957 Dick met the love of his life, Margit Hammalian, while Lehigh University was temporarily shut down due to a flu pandemic. During this several week period, he and a few friends traveled east to seek out a bit of fun at some of the women’s colleges. It was on this trip he met Margit at Connecticut College and they wed the following year on August 22, 1959.

Margit and Dick spent the early years of their marriage moving their growing family from one city to another as Dick pursued his career working for several major companies in management positions dealing with mergers and acquisitions, product management and development and sales. In 1970 he entered the data information industry, working at the Institute for Scientific Information (Philadelphia) as Vice President of Sales and Marketing. He later held positions at Cordura Publications (San Diego) as Executive Vice President of Sales, and both Predicasts and Responsive Database Services (Cleveland) as CEO and President.

Dick was not a person to sit still. He had many hobbies which he embraced fully including running, swimming, cycling, triathlons, tennis, sailing, painting, travel and gardening. He spent many years running with a local running group, meeting each Sunday for a run and brunch at a rotation of homes. He swam and played tennis regularly at the Cleveland Skating Club, where he made many good friends over the years. He competed in marathons and triathlons and after hours spent training tended to his large vegetable and fruit gardens while Margit tended to the roses and flower beds.

Dick learned to sail as a summer camp counselor and continued to sail throughout his life owning three boats over the years: “the Lightning,” a 30’ Pearson Wanderer “Zephyr” and finally a 34’ Sabre, “Alchemy.” The family had many sailing adventures, with Dick as skipper, including three-week cruising trips from Tom’s River, NJ to Newport, RI and back during the summers.

Dick traveled the world for work, beginning in the 1970s, making annual trips to Japan, India, Australia, Europe and Mexico. He loved to travel for pleasure as well, adventuring to many off-the-beaten path destinations throughout Europe. Upon retirement, Margit and Dick split their time between Cleveland and Rock Hall, MD, with Dick working tirelessly to maintain large vegetable gardens at both homes. During the winters they spent time in San Miguel Allende, where Dick developed a love of watercolor painting. Throughout their travels together in Europe, Mexico and the USA, Dick was always taking photos which he would use as the subjects of his paintings over the years.

In lieu of flowers, contributions may be made in his name to Arts Renaissance Tremont (https://artconcerts.org) or Fairmount Presbyterian Church (https://fpccle.org).  A private family Memorial Service will be live streamed and recorded from Fairmount Presbyterian Church on Friday, September 10, at 2:00 pm.  Private interment, Lake View Cemetery.   Friends may view the service virtually by clicking the link below.