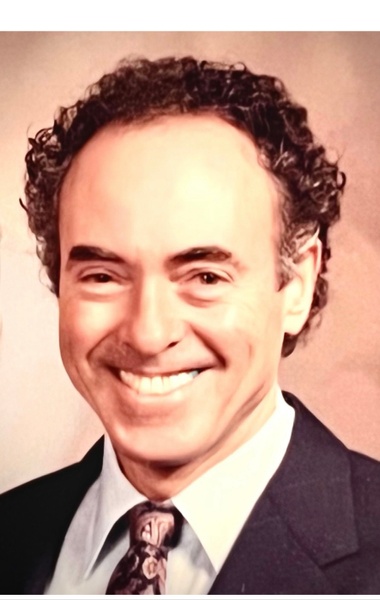 It is with profound grief and sorrow that we announce the passing of our beloved husband, father, grandfather and great grandfather, Richard “Dick” Felber, age 93.  He was a renaissance man, world-renowned textile and wallcovering designer, pianist, artist, and collector of art, photography, British antiques, and fine arts books.  An intrepid world traveler, he searched the world for inspiration for designs.

Born in Cleveland on October 12, 1928, to Toby and Mina (Liebenthal) Felber, Dick attended Shaker Heights High ('47) and then earned a business degree at the University of Illinois.  After graduation Dick joined his father at the Cleveland-based design firm, S.M. Hexter Company, and years later purchased the company with his older brother. They continued to grow the company and had exclusive trade showrooms in the design centers of NYC, Chicago, LA, Atlanta, San Francisco and Washington, D.C. In 1995, Dick started his own studio and with 8 designers went on to design award-winning wallpaper collections for the estate of Claude Monet/Giverny Gardens, the PGA, The Versailles Museum and The Henry Ford Museum. Dick was well known in the industry as a trend-setter with patterns, designs and colors. He was the recipient of numerous awards over his career from the American Society of Interior Designers.

His introduction to the piano, and love of music, came from his father when he was very young. Dick became an accomplished jazz pianist performing in his fraternity’s house band, the Ohio National Guard band and in many clubs. He loved sharing the stories of meeting Louis Armstrong, Lionel Hampton and his favorite musician, Nat King Cole who played regularly at the clubs in downtown Cleveland. He was an active member of the Men’s Committee of the Cleveland Playhouse, and a supporter of The Cleveland Orchestra, he belonged to Mayfield Country Club and the former Oakwood Country Club.  Dick was a generous humanitarian and sponsored, along with his wife, Judy, a young girl from Thailand whom they visited.

But importantly, he was a devoted husband to his wife Judy (Sammon), a loving father to his children, Andrew Felber (Helene), North Potomac, Maryland, Casey (Jamie) Bankhurst, Moreland Hills, Ohio, and Linda (John) Wirtshafter, Orange Village, Ohio.  His love for his grandchildren knew no bounds: Aaron (Dana) Bankhurst, Daniel Bankhurst, Peter (Felisha) Wirtshafter, Jessie Wirtshafter (Matt Ginsberg), Dani Felber and Michael Felber as well as his great-granddaughters Ruby and Beau Bankhurst.    He was always so very proud of their accomplishments.  He was preceded in death by his brother, Thomas L. Felber and his adored canine companions:  Sandy, Molly, Peanuts and Muffin.

In lieu of flowers, donations can be made in his name to the American Cancer Society (www.cancer.org) or to Geauga Humane Society's Rescue Village  (www.rescuevillage.org/donate).

A private service will be held for family only and a burial will take place at Mayfield Cemetery.