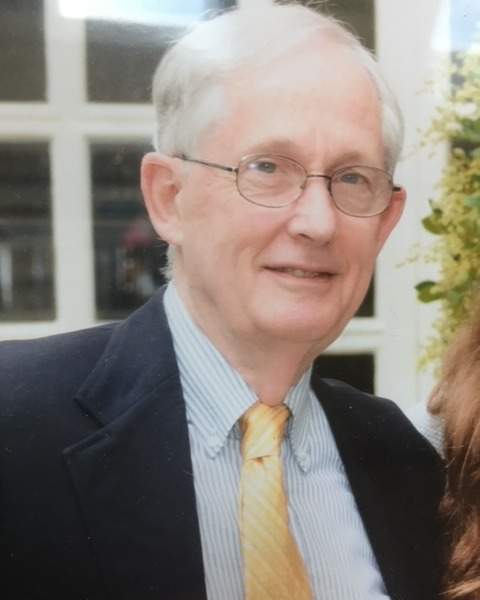 Richard W. “Dick” Barrett passed away quietly in his sleep September 1 at South Franklin Circle in Chagrin Falls.
He was born in Steubenville, Ohio on December 20, 1937, and the family moved to Cleveland Heights shortly thereafter. Dick was an Eagle Scout and a graduate of Cleveland Heights High School. He earned his degree in mechanical engineering from Case Institute of Technology in 1959, where he was a member of Phi Delta Theta and Theta Tau, the engineering professional organization. He received his MBA from Western Reserve University in 1962 before joining Acme-Cleveland’s Cleveland Twist Drill division.  Dick also served in the Critical Skills section in the Air Force reserves. He had a long and varied career in the machine tool and other industries, not only in the Cleveland area but also in Scotland, Illinois and Michigan.
He was married for 62 years to Nanette Barrett (nee LaForce) who was the “girl next door” after Dick’s parents moved to Lyndhurst. He and Nan raised their family primarily in Cleveland Heights and, after retirement, they settled in Chagrin Falls. He was the beloved father of Lisa Fitzgerald (Shane) of Naperville, IL, Todd Barrett of Boulder, CO and Megan Volpe (Joseph) of Chagrin Falls; devoted grandfather of Kiel Fitzgerald (Lauren), Kendall Mander (Nick), Kate and Nicholas Barrett and Peter and Luke Volpe; and great-grandfather of Connor, Lyla and Nolan Mander and Brooke Fitzgerald. He was preceded in death by his father, George; his mother, Hilda; and his older brother, Judson.
He was active in The Church of the Saviour in Cleveland Heights, which he attended for most of his life, serving in a number of lay leadership roles there. He cherished his family, including the extended Welton family with whom he spent much of his youth.  In later years he was the proud keeper of family records and genealogy. He was an avid reader of history and an inveterate lover of dogs. He had a sly wit, a warm heart, quiet strength and a boundless decency, and we’ll miss him all of our days.

The family prefers that those who wish may make contributions in his name to Rescue Village, 15463 Chillicothe Rd, Novelty, OH 44072 (www.rescuevillage.org) or to Church of the Saviour, 2537 Lee Rd, Cleveland Hts., OH 44118 (https://www.cotsumc.org), where a private family funeral service will be held in the chapel on Saturday, October 8th at 10am and live streamed to the public.   Private interment, Fairview Cemetery, Richfield, OH.  To view this service virtually, or for additional information, complete obituary and guestbook, please click on the link below.