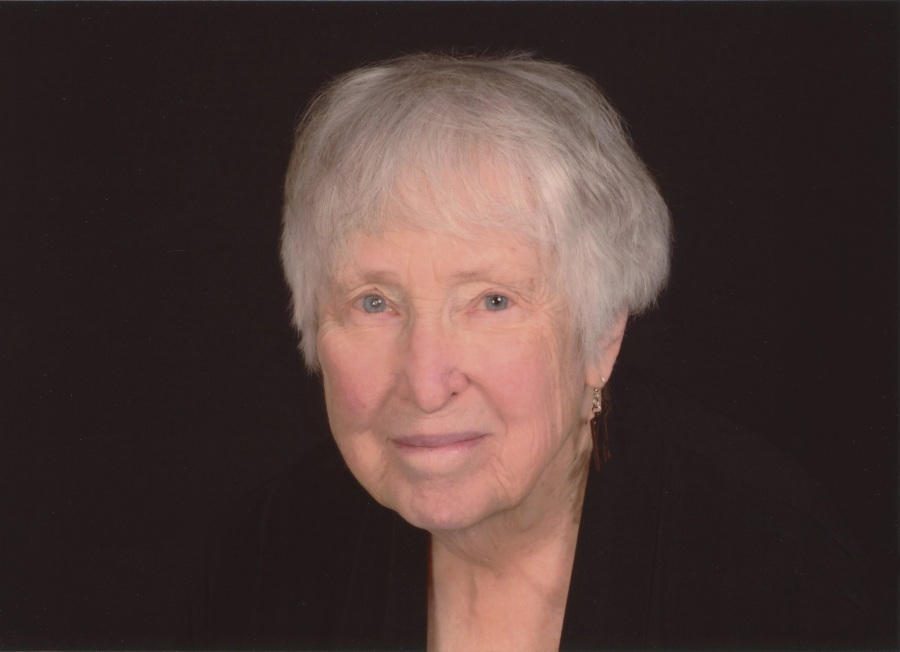 These are but a few of the words and phrases to describe the Reverend Dr. Catherine (Kitty) Glennan Borchert who passed away on January 23 from complications of cancer. She was born December 6, 1936, in Los Angeles, California, the second child and first daughter of Thomas Keith Glennan and Ruth Adams Glennan. It was a heady time between the depression and WWII. When she was 4, her family moved to New London, CT, where her father ran a sonar lab for the US Navy. The family relocated first to Binghamton, NY and then to Cleveland, OH in 1947 where her father assumed the position of President of Case Institute of Technology.  With a few breaks for education and work, she lived in Cleveland for the rest of her life. She attended Roxboro Elementary and Junior High Schools.  Her parents wanted her to go to private school for high school.  Kitty had other ideas.  She wanted to attend public school.  In the end, she won and went to Cleveland Heights High, graduating in 1954 as valedictorian. She attended Swarthmore College, graduating with a degree in History in 1958. She met her future husband, Frank Roy Borchert, Jr. at Swarthmore (the Cleveland Heights native and the Lakewood native had to travel to Philadelphia to meet.) They married in September 1959. Frank and Kitty lived in Chicago and Hartford before returning to Cleveland in 1965, with a child born in each city. Kitty received graduate degrees in Library Science (Western Reserve University, 1959), a Master of Divinity (McCormick Theological Seminary, 1991), and a PhD in History (Case Western Reserve University, 2009). In accord with these, she held positions as a librarian, a minister, and as an educator at many different levels.

The dates and institutions provide but the barest structure to Kitty’s life, which was defined and shaped by a few key frames: mother, music, and education, and her decades of work within the Presbyterian Church.  All of these were shaped in turn by an overriding emphasis on serving the greater good, and helping institutions work better and for all.

Kitty was an excellent mother, fierce in her support and work on behalf of her children (don’t mess with Mama Bear!), grandchildren, nieces, nephews and others. She was the keeper of birthdays remembering extended family, upwards of 45 people, always including notes and presents. She spent many hours in the 1960s and 1970s working with PTAs, the Heights High Band and Orchestra Parent Organizations, working as a counselor at church music camps, even directing the bell choir.  She and Frank both sang in the Fairmount Presbyterian Church Choir for decades (indeed Kitty sang in the choir as a high school student in the early 1950’s until just a few years before her death), inspiring in their children a love of performing music, both vocal and instrumental, that they (Frank, Anne, Tom) passed down to their children. As a grandmother, Kitty worked tirelessly to attend as many events and performances as she could, whether in Cleveland, Philadelphia, Washington DC, or Vermont, communicating to her grandchildren their importance to her. It was a particularly joyful moment, when her grandchildren, ages two months to fourteen years (there are 9 of them) could return the favor, walking across the stage with her as “Gramcat” received her PhD in history at age 72 from Case Western Reserve University.

It is perhaps fair to say that the most important institution in Kitty’s life was the Presbyterian Church. She was a member of Fairmount for more than six decades and served many roles in that particular church as an Elder, as Clerk of Session, and a member of numerous committees from the 1950s to the early 1990s. She worked in compensated and uncompensated positions at the Presbytery for the Western Reserve for 14 years between 1984 and 2008, as Stated Clerk of the Presbytery and staff to the Committee on Ministry, among other positions. She also worked for the General Assembly in the 1990s as the Coordinator to the Advisory Committee on Social Witness Policy and served on the General Assembly’s Permanent Judicial Commission.  As Coordinator on Social Witness Policy, she put together the study groups, and ultimately proposed and promoted forward-looking policies for the entire Presbyterian Church, USA.  An example was the policy to ordain openly gay ministers at a time when it was not popular to do so.  In this time, she chaired many committees and ran innumerable meetings, with a keen sense of the importance of process for ensuring that all voices were heard. Unsurprisingly, she was also on many committees charged with revising rules that governed committees and processes.  She was fond of telling her children that Presbyterians “do it decently and in order.”

Kitty’s professional work and intellectual life came together in her PhD. Her dissertation focused on a little known but important institutional split in the Presbyterian Church in 1837. This split (the Presbytery of the Western Reserve was thrown out of the national church) was formally on theological grounds, but Kitty – Dr. Borchert – showed that it was also and perhaps more importantly about slavery. The ultimate split between the northern and southern branches of the Presbyterian church lasted for almost 150 years. Kitty was among the group of many who worked hard to achieve unification of these two wings and the establishment of the Presbyterian Church USA.

Kitty leaves a lasting legacy. She was preceded in death by her husband Frank (Jr.); her parents T. Keith and Ruth Glennan, her brother and sister-in-law Tom and Martha Glennan, and her brother-in-law Fred Watts. She is survived by her sisters (and periodic traveling companions) Polly Watts and Sally Oldham, and her brother-in-law, Ted Oldham; her children Frank (III) and daughter-in-law Momoko Kishimoto, Anne and son-in-law Jeff Isaacs, and Tom and daughter-in-law Rhonda Williams; nine grandchildren Andrew, Theo, Tai, Will, Kana, Mariko, Jasper, Kai, and Jing; numerous nieces, nephews and their children.

Throughout her life, Kitty devoted many of her resources of time, energy, and money to a variety of different organizations. A concern with social justice ran through her life, both in the church and outside of it. In the 1960s and 1970s she worked to increase housing equality in Cleveland; more recently she tutored children at Miles Park Public School and served on the Board and as an instructor at the Institute for Learning in Retirement at Baldwin Wallace.  In lieu of flowers, it would honor her memory to make a donation to an organization that is important to you. Some that were particularly important to her were Fairmount Presbyterian Church, the Cleveland Food Bank, the Cleveland Orchestra, and the Department of History at Case Western Reserve University.

To order memorial trees or send flowers to the family in memory of Rev. Catherine "Kitty" Borchert, PhD, please visit our flower store.