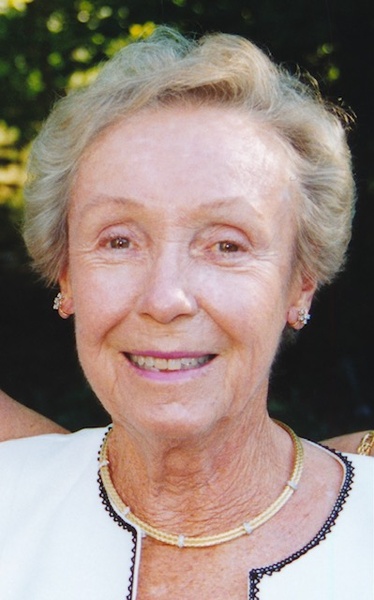 Rachel Mills Gherlein, 96, of Pepper Pike passed away on August 27, 2021. Rachel was married for 64 years to the late John H. “Jack” Gherlein, who passed away in 2016. She was a loving mother and mother-in-law to daughter Ann and her husband Eric and her son John and his wife Claudia. Her beloved son Thomas died in 1995. She was a devoted and doting grandmother to Ben (Erin) and Chris (Meredith) Vaughn, Matt Gherlein (Christina), and the late John Gherlein, all of whom adored her and regarded her as the perfect grandmother. Her most recent pleasure was to be great-grandmother (Grandma Deedy) to Charlotte, Max and Silas Vaughn, and Natalie Gherlein. Rachel Ann Mills (known to Jack, family and many old friends as Deedy), was born in Marysville, Ohio in 1925 to Charles B. and Rachel Mills. The oldest daughter of three children (Mary Neely and the late Charles B. Mills Jr.), she forged an independent path from the get-go. She graduated from Ohio Wesleyan University where she was a member of Kappa Kappa Gamma sorority and went on to receive her master’s degree from the Frances Payne Bolton School of Nursing. Later in life she was a member of the school’s Visiting Committee. As a graduate student Rachel met Western Reserve law student Jack, and they married in 1951. Jack became a lawyer at Thompson Hine & Flory, and Rachel worked as a nurse at Rainbow Babies and Children’s Hospital until the birth of her first child. They moved to the suburbs shortly after, first to South Euclid and then to Pepper Pike. Rachel left Rainbow in 1952 with the birth of daughter Ann, but she never stopped practicing nursing. Kids on Mackall Road in South Euclid would line up every week for allergy shots at the Gherlein house, directly behind the Gherlein children and Jack. And her training continued to serve her well as she helped diagnose and advise (always accurately) with regard to family ailments and illnesses, particularly Jack’s. Rachel was a proud and active Clevelander. As a pianist and violinist in her childhood, she was a strong advocate for the arts and arts education through her service on the Womens’ Committees of the Cleveland Institute of Music and the Cleveland Orchestra. She and Jack were season subscribers to the Cleveland Orchestra for decades and loyal fans of Cleveland Playhouse productions. Those regular evenings were always made complete with a dinner beforehand in Little Italy. As much as she loved Cleveland, Rachel did not love cold weather. She and Jack spent many late falls and winters in their second and well-loved home in Jupiter, Florida. In both locales she was an avid golfer (and a much better player than she acknowledged) and a bridge player par excellence, about which she was also modest. She forged strong and lasting friendships in both places. She and Jack travelled around the world with many of their friends. They were longtime members at Mayfield Country Club, The Pepper Pike Club, Jonathan’s Landing in Jupiter, and more recently The Country Club. For those who wish to make donations in her memory, the family suggests the John F. Gherlein Pediatric Leukemia Research Fund, University Hospitals, Rainbow Babies and Children’s’ Hospital, PO Box 94554, Cleveland, Ohio 44101-4554

The family will have a private service.