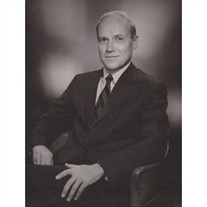 Quentin Alexander was born on September 22, 1919 to his mother, Katherine Harter Alexander and his father, Henry Alexander, in their home on Fairmount Boulevard in Cleveland Heights, Ohio. As the last at-home delivery overseen by "Dr. Bill", he was gladly received by his four older sisters Mary, Martha, Constance (Connie) and Katherine (Kitty) who, in their view, coddled him greatly (he perhaps had a different perspective on that situation, however).

Quentin's mother Kate was the daughter of George D. Harter and Elizabeth Aultman Harter of Canton, Ohio. She was the granddaughter of Cornelius Aultman whose Buckeye Reaper was the first mass produced farm equipment in the country.

After graduating from University School in 1937, Quentin went on to the University of Pennsylvania where he lived in Saint Anthony's Delta Psi fraternity house, and then on to the Case Western Reserve Law School where he graduated first in his class. After earning the top score in the state on the Ohio bar, he was hired by Arter and Hadden, where he had a long and successful career as a corporate attorney. As well as being their legal counsel, many clients such as University Hospitals, The Austin Company, Little Tykes and Newell Rubbermaid asked him to serve on their boards of directors, which he did with distinction.

Quentin also served on many charitable organizations' boards, such as the Cleveland Museum of Art, as well as serving for over 50 years on the Board of Managers of the Elisabeth Severance Prentiss Foundation, over 20 years of which he served as President. He enjoyed membership in many clubs, including Nisi Prius, and served two terms as Mayor of Hunting Valley, from 1972 through 1979 (which, from the perspective of his 3 learning-to-drive daughters, worked out rather well... )

Family lore has it that when Quentin was first hired by Arter and Hadden, senior partner John Hadden came home to dinner that night crowing about having hired such a fine young attorney for the firm. But after Quentin befriended John's son Sandy who introduced and aided Quentin in courting John's daughter Elisabeth Severance Hadden, John was not nearly as enthused about the young man. But Quentin persisted, and wed Betty Hadden on September 9, 1950.

Quentin and Betty loved to travel, and gave all their children and grandchildren many opportunities to travel the world with them. They also shared their love of Salter's Point, Massachusetts, where Quentin summered with his family as a boy, and Delray Beach, Florida, where Quentin's sister Connie lived and Betty and Quentin settled as snow birds, always making sure there was plenty of room for all the family to visit regularly.

As one friend of the family put it, Quentin was an "old school gentleman," whose mannerly kindness and unfailing generosity will be long remembered and sorely missed by his family and friends.

The family prefers that those who wish may make contributions in his name to The Elisabeth Severance Prentiss Foundation, 1900 E. 9th St.;#12253, Cleveland, OH 44114.