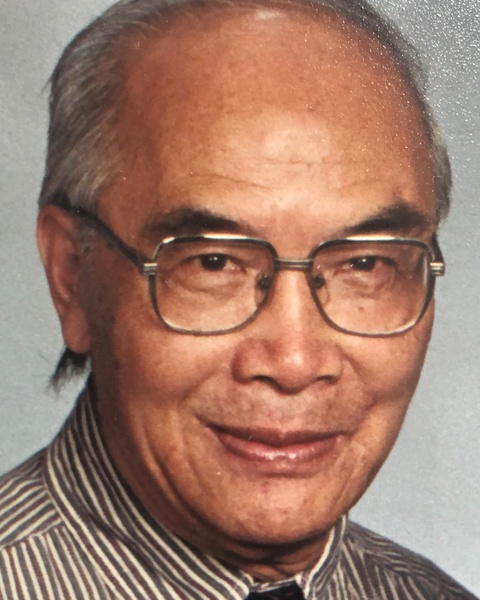 Qihui Wu was born on February 18, 1930 in Shanghai, China. He passed away peacefully in the afternoon of September 19, 2022 at the age of 92 years old. Son of Wu Shaoxiang (father), loyal husband of Guan Zhonghua, loving father of Sue and Liqin, father-in-law of Dingchao He and John Mulvihill, and devoted grandfather of Linda, Lianne, and John. Survived by family sheltie, Theo, who always made him smile.

Gong Gong (grandpa) was a man devoted to education and family. He graduated in 1952 from Nankai University in Tianjin, China with a degree in chemical engineering. His colleagues considered him a wise and dependable friend. When his good friend from college, Fang Hongjien, did not have a jacket while going to school in the winter, Gong Gong gave his own jacket to him. Because of his act of kindness during difficult financial times, Fang Hongjien remained in contact with Gong Gong, even skyping him earlier this year! Gong Gong valued hard work and dedication to studies. When Gong Gong caught the three grandchildren watching television on a weekday, he would always raise his voice and tell them to go do their homework. He wanted his children and grandchildren to succeed, and studying was the key to success.

In 1957, Mr. Wu married Guan Zhonghua and created a beautiful family of four with two wonderful daughters. After many years of hard work in China, he retired in 1995 and immigrated to Cleveland, Ohio, USA, where he welcomed the birth of his second grandchild, Lianne. He stayed in the USA to help his daughter, Sue, raise her children as she completed residency training. Gong Gong loved spending time with his family; playing with his grandkids in the park, going to the pool together with them, picking them up from the school bus, making red bean buns from scratch, among many other things. Mr. Wu was very talented in sports and cooking. He played ping pong, swam, and learned how to cook a variety of authentic Chinese dishes. Gong Gong pursued an active and entertaining lifestyle; he was known to all the neighbors for his daily long walks, tai chi on our driveway, and waving to the neighborhood dogs. He also enjoyed watching a wide assortment of television shows and movies in English and Chinese.

Although Gong Gong developed chronic lung disease, he had always been optimistic and determined to live life to the fullest. He paid no attention to his overall prognosis and decided that his longevity was in his own hands. Gong Gong continued to practice his tai chi exercises on the patio and organized his daily medication regimen on paper, which he also believed was good exercise for his mind. Occasionally, he would bicker with his lovely wife, but that is old news, reflecting their deep and long-lasting love. Gong Gong lived a long, fulfilling life, and will be missed by many.

Funeral Services and visitation will be held Saturday, September 24th at Brown-Forward, 17022 Chagrin Blvd., Shaker Hts., OH beginning at 9am.  Interment will be in Highland Park Cemetery.