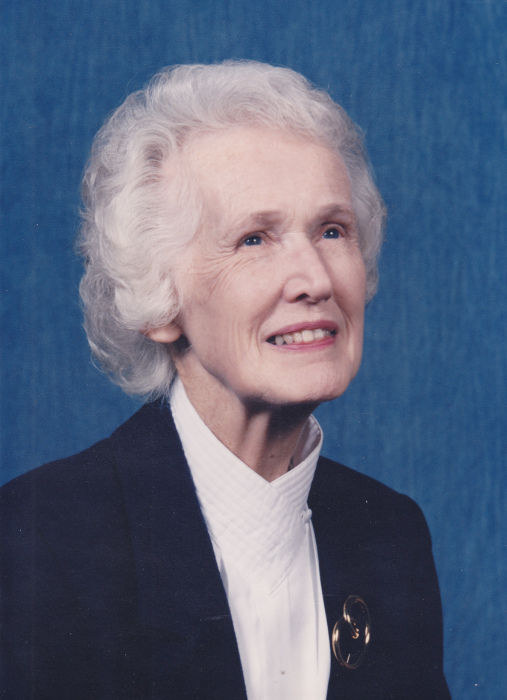 Uncommon kindness.  Unparalleled grace.  Unrivaled compassion and concern for the well being of friends and strangers alike.

All of these describe Phyllis Hackett, an altogether remarkable woman who passed away September 13th from complications following a fall and surgery.

Phyllis was a lifelong Clevelander, born in Lakewood, Ohio in 1923 as the youngest of three daughters to Marie Holmes Bruce and John F. Bruce.  In her teen years, she moved to the Shaker Square area of Cleveland with her stepmother Loula Mae Sprague and stepfather George Sprague, and graduated from Shaker Heights High School.  She was also a graduate of Ohio Wesleyan University, and returned to Cleveland where she successfully completed an intensive business school course that won her a secretarial position in the Cleveland office of Life Magazine.

In 1950, she married George L. Hackett, her husband of nearly 50 years, and in 1952 welcomed daughter Carrie L. Hackett (Gaul).  They moved into their home on Demington Drive in Cleveland Heights in 1954, and welcomed son Bruce H. Hackett in 1955.

She and George and their children became fixtures of the Cleveland Heights community.  George, a lifelong resident of Cleveland Heights, was one half of the illustrious team of Hackett and Arnold, Inc. Realtors, established by his father F. Hunter Hackett and further guided by his brother-in-law, Robert H. Arnold, into a highly reputable residential real estate company known for its integrity.

Carrie graduated from Laurel School and Northwestern University, and became a school teacher in suburban Chicago, later marrying and having Phyllis’s first grandchild Jim in 1987.

Bruce attended University School and Syracuse University, and went on to write for Sun Newspapers and area public relations firms.  He married his wife Judy and had two daughters, Emily and Rachel in 1990 and 1993, respectively.

Phyllis was a passionate volunteer and homemaker during her children’s school years, and enjoyed her friendships and associations within her beloved Church of the Covenant in University Circle.  She worked for more than 50 years at the Covenant Cache thrift shop.

Her love of a good book and a riveting movie were well known among her friends and acquaintances, who grew to count on her recommendations for the best new releases in film and literature.

In 2012, at the time she moved into the Judson Park retirement community, she wrote a brief autobiographical sketch.  In it, she stated, “When George and I became empty nesters in the 1970s, we learned the beauty and excitement of world travel, visiting many countries over many years.  Unhappily, I lost George in 2000, and learned to slowly point myself in the direction of Judson Park, where I had friends and was accustomed to visiting.  Since my move here, I have been grateful and warmed by the friendliness of Judson residents, and the lovely extra bonus of having my sister-in-law and brother-in law, Jean and Bob Arnold, living next door.”

A Memorial Service for Phyllis has been scheduled for 2:00 p.m. Saturday, September 29, at the Church of the Covenant, 11205 Euclid Avenue, Cleveland, OH 44106.  The family requests any donations in Phyllis’s honor be made to either the Church of the Covenant (Covenant Cache fund or McGaffin Carillon fund), or to the Greater Cleveland Food Bank, 15500 S. Waterloo Road, Cleveland OH 44110.

To order memorial trees or send flowers to the family in memory of Phyllis Hackett, please visit our flower store.