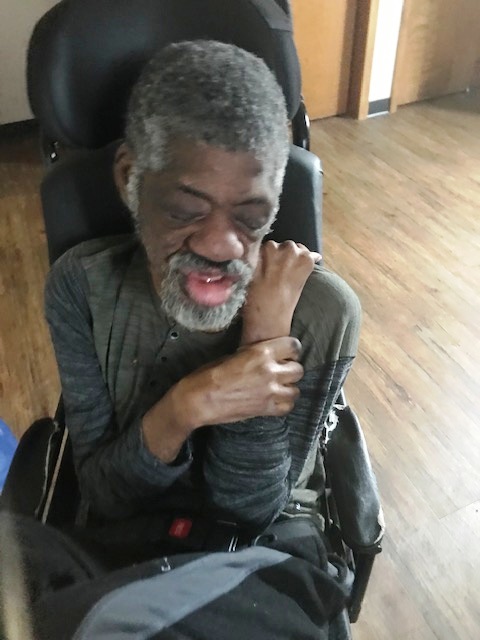 Paul Arthur Simpson, Jr, 69 of Pepper Pike, Ohio passed away on December 24, 2021.  Paul was born December 8, 1952, to Paul Sr and Elaine (Jones) Simpson in St. Louis City, Missouri. Paul was admitted to Rose-Mary, The Johanna Grasselli Rehabilitation and Education Center, Inc. in August of 1992 from the Broadview Developmental Center.

Paul lived at Terrace House for six years before moving to his home of 23 years, Cedar House, where he passed away peacefully in his sleep on Christmas Eve.

Paul is survived by his stepmother Doris Simpson, Aunt Elsa Hart and many family members including his siblings, many cousins, nieces and nephews. Doris carried on Paul Sr.’s frequent visits to Cedar House bringing plenty of fresh baked treats for the residents and staff to enjoy. Paul’s long time guardian Karyn Seeger from Adult Guardianship Services remained an active part of his life until he passed.

Paul will be fondly remembered by his friends and staff of Cedar House with whom he loved a good van ride complete with music and topped off with a spin around the store. He greatly enjoyed listening to his friends laughing and talking and being greeted by those that took the time to talk with him. Paul always enjoyed music—especially the recordings of his father and aunt singing. Paul liked all foods, but his favorites were the fresh baked treats brought by Doris.

Paul will be missed by all who knew him.

To order memorial trees or send flowers to the family in memory of Paul Simpson, Jr., please visit our flower store.