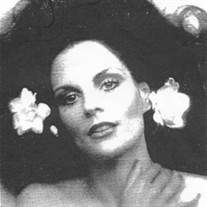 Patricia was born July 19, 1944 in Santa Monica, California. After her parents' divorce, she and her mother moved to Shaker Heights, Ohio to live with her grandparents. She graduated from Shaker Heights High School and attended Miami University in Oxford, Ohio. Patricia took courses at the Cleveland Institute of Art and Cleveland State.

She was a High-Fashion Model, having done modeling in San Juan, Puerto Rico and mainly Cleveland. Patricia later worked for Avon cosmetics. She volunteered for the Cleveland Museum of Art for many years and also volunteered to ship toys to orphaned children for Buckner Shoes for Orphans for many years to children, mainly in South America.