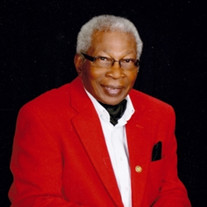 Norris "Nick" Biggins, was born in Waldo, Florida to Dorothy O'Neal and William Biggins.  After graduation from high school, he was proud to serve in the US Army and was stationed in Korea.  Upon his return from the service, he decided to visit relatives in Cleveland and "liked it so well, I didn't go home for five years!"  He met a man who was a welder and decided he could better his life by learning to weld, too.  Nick earned his welding certificate from Lincoln Welding School and then went to the Cleveland School of Welding to learn other techniques.  It was there that he began to use his skills to make metal sculptures.  He crafted both miniature and oversized works and displayed them in various art exhibits, one being at his own church, The Church of The Saviour, Cleveland Heights, OH. His work has also been exhibited at juried shows at Baycrafters, The Hudson Rotary Club, The Butler Institute in Youngstown, OH, The Higbee Christmas Art Show an exhibit of Folk Art at Case Western Reserve University and Cain Park Art Gallery.Nick also attended Tri-C, Cuyahoga Vocational School and The Cleveland Institute of Art.Nick is survived by his loving wife, Gwendolyn K. Williams and his beloved son, David Norris Biggins.The family prefers that those who wish may make contributions in his name to The Holden Arboretum, 9550 Sperry Rd., Willoughby, OH, 44094 or The Church of The Saviour, 2537 Lee Rd., Cleveland Hts., OH 44118 where Funeral Services will be held, Saturday, January 23rd at 2 PM.