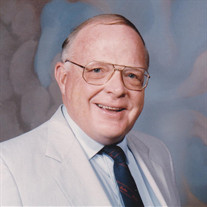 Norman Holmes Mandell was born July 21,1935 and grew up in Shaker Heights, Ohio. He was five years older than his sister Carolyn, otherwise known as Toodie, and teased her unmercifully. She recalls her fear as he carried her "upside-down downstairs!" Cousin Liz Kendall remembers him as a wonderfully fun and cool older cousin who knew all the rock and roll music, all things Shaker, and always made us laugh! Growing up he was particularly close to all his cousins, Liz Kennedy Kendall, Chuck Greenlee, Bob Greenlee, Bill Greenlee, Jane Henry Workman, and Jan Henry.

Norm attended Shaker Heights High School where he managed the football team. Despite an injured knee, he continued a lifelong love and avid following of many sports. Norm graduated in 1953 from Shaker Heights High School after which he attended Loomis Prep School for one year. Norm went on to college at Heidelberg from which he graduated in 1958. Shortly thereafter, he went into the Army where he served as a small arm specialist. In 1959 he served in a transportation battalion in Europe, primarily France.

Norm return to Shaker Heights and joined Talkes Insurance Company, followed by Bouhall Partnership, as an insurance agent with his father. He loved and played tennis and softball with Shaker friends. He refereed high school basketball for years in Cleveland. He also played on and managed a softball team.

As an adult, Norm lived with his parents on Huntington Road in Shaker Heights where he'd grown up until they moved to an apartment in 1977. Then Norm moved into an apartment near Shaker Square. Several years later he bought a condo in North Royalton on Cleveland's West Side, where many of his friends lived. He was always surrounded by a myriad of friends and seemed to be at some activity every day and night - lots of bridge, civic events, concerts, golf, football, baseball, and basketball! Quite the Browns, Indians and Cavaliers fan!

He was most loyal to family and friends, particularly his parents, (taking incredibly great care of Normah after Webb's death,) to Uncle Kermit (whom he claimed always took up for him!) his sister Carolyn Mandell Master (Carl), nephew Carl Master (Helen), niece Kristin Master Slacin (Mark), grandneice Kathryn Slacin, and grandnephews Mark Slacin and Aidan Master. True to Grammy Kennedy and his mother Normah's tradition, he never forgot a birthday or anniversary. Increasing medical issues prompted his move to Westlake Village (with independent, assisted living, and skilled care) that gave family and him peace of mind. Norm will be greatly missed by family and many dear friends.

The family prefers that those who wish may make contributions in his name to Plymouth Church of Shaker Heights, 2860 Coventry Rd., Shaker Hts., OH 44120 where Memorial Services will be held in the John Herr Chapel of Plymouth Church on Saturday, September 16 at 2 PM.
To order memorial trees or send flowers to the family in memory of Norman Mandell, please visit our flower store.