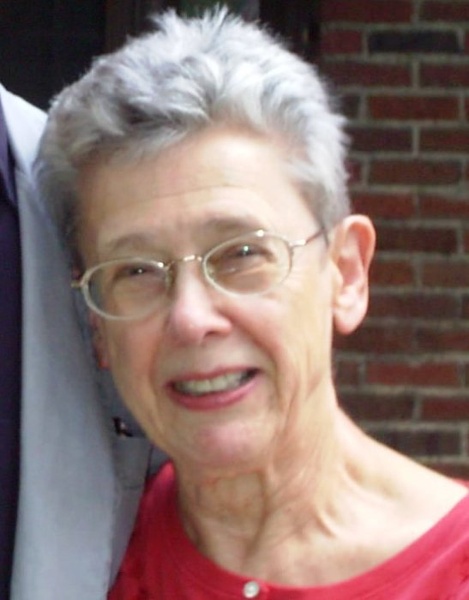 Nancy S. Welchans (nee Witherspoon), 88, longtime resident of Cleveland Heights, passed away peacefully on November 9, 2018. She was born in Lexington, NC, on March 7, 1930, the fifth child of Emmet E. and Katherine Yonce Witherspoon. Nancy attended Roanoke College and graduated from Woman’s College, UNC (now UNC-Greensboro) with high honors and election to Phi Beta Kappa. After graduation in 1952, she landed a job with the FHA and boarded a train to Washington, DC, with a one-way ticket, $20 cash and a $25 war bond. Nancy was later hired by the National Security Agency (NSA) as a Cryptanalyst specializing in Russian translations, a position that put her analytical and language skills to work and cemented her lifelong passion for politics.

While at NSA, Nancy was invited to a party in 1954 where she met Roger Welchans, an aspiring artist serving in Army counterintelligence. The next year, they were married at St. Sebastian church near Army V Corps headquarters in Frankfurt, Germany, where Roger was stationed. They returned to the US in 1956 and lived in Boulder (CO) and Natchitoches (LA) before moving to Cleveland Heights in 1962. Nancy immediately joined the Cleveland Heights Democrats and remained a very active member for more than 50 years. While raising four children, she completed her Master’s degree in History at John Carroll University in 1973 and then embarked on her next career.

Nancy was named Clerk of Court after leading Sara Hunter’s successful campaign to be elected Judge of Cleveland Heights Municipal Court in 1975. Over the next 18 years, she was responsible for managing the daily operations of the Court office while overseeing the installation of new computer systems and moving the office to the new City Hall building. Nancy also served as President of state and local court clerks’ associations, but always found time to remain politically active, both locally and by attending Marches on Washington in support of women’s rights and other trailblazing causes.

In addition to her husband of 63 years, Roger Welchans, Nancy is survived by a large and loving extended family including her children Ann (Jodi) of Charlotte, NC, Tom (Stephanie) of Jacksonville, FL, Paul (Jennifer) of Wyckoff, NJ, daughter-in-law Michele of Cleveland, grandchildren, great grandchildren and a host of other relatives and countless friends. She was predeceased by her oldest son, Anthony James Welchans.

The family prefers that those who wish may make contributions in her name to The Judson Foundation, 2181 Ambleside Dr., Cleveland, OH 44106.  A Funeral Service will be held at 11am on Saturday, November 24, 2018 at St. Paul's Episcopal Church, 2747 Fairmount Blvd, Cleveland Hts., OH 44106.  Interment, Lake View Cemetery.