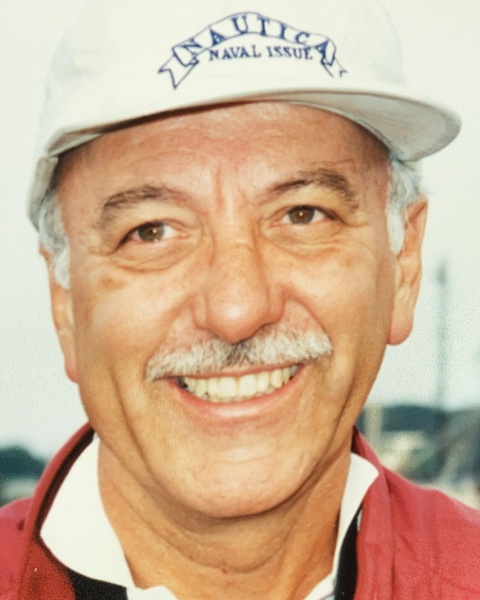 Myron Stoll, born 1934 in Youngstown, Ohio, survived by his children: Vincent (Vinnie), Sarah (and David), Heather (and Tibi) and our adopted sister Satu; grandchildren Claudia, Patrick, Markus, Lily, Nicole and Natalie.  Also close to the family were Hennessy cousins, Michael, Lauren, Karen, and Kevin.  His father’s family was German, and his mother’s family was Canadian, but he grew up in Youngstown, Ohio.  He spent summers on Prince Edward Island, and recounted how movies ended with “God Save the Queen.”  Like the Queen, it seemed like he could easily live to 96, but he would have turned 88 this October.  Myron was set to go to Youngstown State but family friends came and persuaded his parents to send him to Ohio University.  At Ohio University, he majored in English, and truly got an education (thank you, Professor Hutnut).  He earned his law degree at Case Western Reserve University, where he met many life-long friends and, most importantly, his wife of 50 years, Kathleen Hennessy. Myron made Kathy’s family his own, and he loved Grandpa Hennessy dearly (anyone remember “Hello is Sue there?” or “It’s the plumber!”).  Myron had a friendly competition with his brother-in-law.  Both remembered the irony of Myron winning the running race (he did not run track), and Uncle Big Shot winning the chess match (Big Shot did not play chess).  He so enjoyed our cousins, Michael, Lauren, Karen and Kevin.

Myron served in the army reserves, where he was quickly placed in a leadership position because of his education (and quickly demoted because of his lack of coordination).  But there are many friendships that stayed with him from reserve duty.  A career highlight was serving as a law clerk for Judge Anthony J. Celebreze, at the US Court of Appeals for the Sixth Circuit.  He considered any Celebreze part of his own family.  He was able to share his love of the law with his son-in-law, David.

Myron loved people, and once a friend, always a friend. He kept close with friends from childhood (Ron Theis, Ed Szabo), college (Dan Donnelly), and law school (Gene White, Josh Kancelbaum), and one simply could not do justice trying to name all the people he loved in Cleveland and Martha’s Vineyard.  Like friends, Myron accumulated traditions.  Summers on Martha’s Vineyard quickly became a tradition, as was Thanksgiving with the Kakishes, and camping in Allegheny State Park (best if no one gets lost).  If the party was fun, well let’s do it again next year, was his philosophy.  There were many New Year’s Eve parties, political fundraisers, and patient parties.  He spent most of his career at AT&T before the break-up, then Ohio Bell, and then started a new phone company in Ukraine, Ukrainian Wave with Bill Schlageter.  This was the era of the joke that ends with “but doesn’t his suit look good?”.

Myron was an avid fly fisherman, and his favorite fishing partner was his son Vinnie.  However, like all things, Myron accumulated fishing partners and one of his favorite and most influential fishing partners was Jim Reilly on Martha’s Vineyard.  Early in Myron’s salt water fly fishing career, he met Jim Reilly at the jetty on Sengekettocket’s big bridge early one August morning.  Jim too was an avid fly fisherman who tied his own flies and saw that Myron’s were really quite inadequate, so he gave Myron some of his and proceeded to catch bluefish!  Jim was leaving the island shortly after and sent his wife, Janet to deliver a whole box load of flies to Myron, a moment Myron would never forget.  Jim and Myron (Janet and Kathy) all became lifelong friends and there are many great fishing stories; Myron and Jim even had their picture in the Boston Globe.  Myron’s core fishing team was his son Vinnie, his son in law Tibi, Vinnie’s best friend David Balazs and Tibi’s best friend Viktor Shengel from Hungary.  Another tradition, every year for 20 years, Myron and crew met on Martha’s Vineyard for Memorial Day week to fish for striped bass, a cherished tradition for all of us.  Myron and Vinnie spent many hours fishing together from Ohio, Allegheny State Park in upstate New York trout fishing and out on Martha’s Vineyard fishing at all hours of day and night.  There is truly a lifetime of amazing and entertaining fishing stories to tell.

Myron was not only a great father, but he has been a wonderful grandfather, always ready to share life’s lessons.  He wanted to watch Lilly’s soccer games, and fly drones with Patrick.  He shared a love of reading and writing with Claudia, and loved getting calls from Markus.  His first visit to the Supreme Court was with Natalie, and he was eager to engage Nicole in discussions about politics. He was fortunate to live in Hamlet Village where he ran “Myron’s Bird-Bar and Grill,” drawing birds from around the region.  In the past two years he has been enjoying his zoom-class with his old friend Glenn Blair, and tennis with the apparently very tolerant buddies from the Cleveland Skating Club.  Myron was one of those people who wanted to make the people he crossed paths with feel good, and he always focused on the good he saw in people.  Being on his own the last two years was not easy, and we are grateful for the kindness of people like Carrie Davidson and Janey Kaufman, and of course friends from Euclid Avenue Congregational Church and the many from the Cleveland Skating Club.

Myron loved the Cleveland Zoo and the many parks of Cleveland. Donations can be made in his honor to Cleveland MetroParks at 4101 Fulton Parkway, Cleveland, OH 44144 or online at: https://www.clevelandmetroparks.com/parks/support/donate, and select legacy fund. For our Vineyard friends, we have also selected the East Chop Association, PO Box 1916, Oak Bluffs, MA 02557.