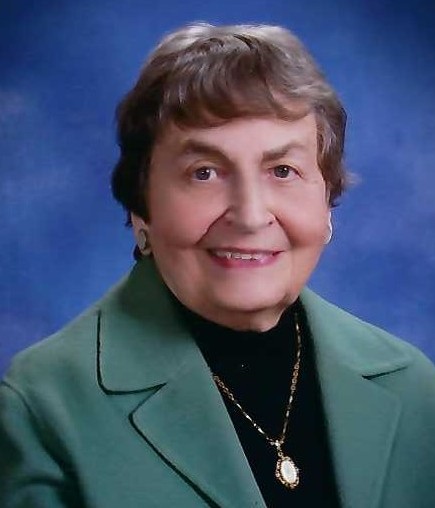 Mildred “Millie” Manetta Yoder, 92, died on Wednesday, March 25, 2020 in Cleveland, Ohio. Mildred was a long-time, energetic member of Fairmount Presbyterian Church in Cleveland Heights, where she served as an Elder, Deacon, Educator, member of the Woman’s Guild and Office Volunteer.

Mildred was born in 1928 to Millie (née Binns) Wright and Thomas Wright in Brownsville, PA, the heart of coal mining country. Her family moved to Coal Center, PA, where she attended high school and worked as a bookkeeper after graduation. During that time, she attended a local Methodist church and was inspired by two women who ministered to the small congregation of 60 people. Financial support from her church supplemented a generous $500.00 gift from a man in the congregation, enabling Mildred to attend Mount Union College in Alliance, Ohio, in 1950. She earned a master’s degree in Christian Education at Garrett Biblical Institute on the Northwestern University campus, where she met Jess Yoder. He was working on his PhD at Northwestern University but left to continue his doctorate research in Heidelberg, Germany. Instead of taking a position in Detroit as director of Christian Education, Mildred jumped on a ship to Germany where she married Jess Yoder.

A year later, they returned to the States and Jess became minister at Zion Mennonite Church in Birdsboro, PA. After two years, they moved to Goshen, Indiana, where Jess took a position as Professor of Speech. In 1963, Jess became a Professor at Western Reserve University and they relocated to Cleveland, where he became Professor of Communication at Cleveland State University in 1967.

Throughout her life, Mildred had a passion for ministry and education. She was active in the Cleveland Heights PTA and organized team-teaching programs at both Lee Heights Community Church in Cleveland and the Church of the Redeemer in Cleveland Heights. Mildred was an advocate of lifelong learning and served as director of Youth Involvement for the United Methodist Church, in the Cleveland and Painesville Districts. She also volunteered at Project Learn, teaching reading to adults after hours in the Cleveland Heights Library. From 1980-85, she worked as Outreach Coordinator and Assistant Director of the Tri-City Consortium on Aging in South Euclid. Mildred’s long-cherished desire to minister was fulfilled at Fairmount Presbyterian Church where she taught bible studies, the Kerygma program, the Stephen Ministry, and served as Parish Visitor for seven years. Mildred often liked to say, “amazing what can happen when a coal-miner’s daughter receives a check for $500.00.”

Donations in her name can be made to The Memorial Committee of Fairmount Presbyterian Church, 2757 Fairmount Blvd., Cleveland Hts., OH 44118 where arrangements for Mildred will be made at a later date.

To order memorial trees or send flowers to the family in memory of Mildred Yoder, please visit our flower store.