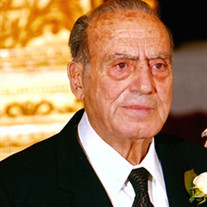 He was the dear grandfather of Elena, Zoe, Michael, Peter, Nicholas, Stephanie and Richard. Mr. Hayek was also survived by many nieces and nephews in both the United States and Lebanon.

Instead of floral offerings, those who wish may make contributions in his name to St. George Antiochian Orthodox Church, 2587 W. 14th St., Cleveland, Ohio 44113, WHERE FRIENDS MAY CALL THURSDAY, JUNE 4TH FROM 5 TO 7 PM , and where a Funeral Mass will be held Friday, June 5th at 11 AM.