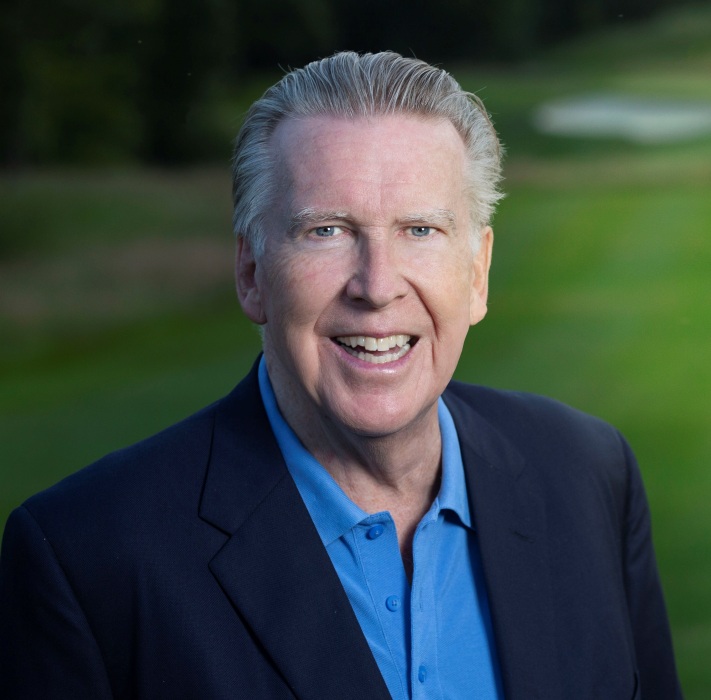 Michael “Mike” Ahrens Clegg passed away on April 6th due to complications from a planned surgery. He passed in peace at University Hospitals in Cleveland, Ohio.

Mike was a force to be reckoned with in all of the best ways. He was famous for being unapologetic about his beliefs and the fact that with him you would “never die guessing!” He was unfaltering and open with his opinions and with this came incredible passion for the people he loved and the organizations he believed in. He was a connector, always looking for ways to connect people and help them. Over his 82 years of life, he amassed an enormous group of friends from his diverse set of interests and organizations that he was involved in. He was known for wanting to give free advice to anyone willing to listen. He and his dear friend, Jack Kahl, would hold open sessions at the Greenisland Restaurant in Bay Village, Ohio through what they called Kiwi Consulting. All consulting advice was free and they would joke that “you get what you pay for!”

He enjoyed 50 incredible years of marriage to Susan (“Sue”) K. Clegg, who passed in 2015. Mike loved his family and was so proud of them including his three children; Chris Clegg (“daughter-in-love” Kate) of Pepper Pike, Ohio, Tracy Clegg Philbin (“O.D.D.” - Only Darling Daughter) of Deerfield Beach, Florida and Scott Clegg of Pepper Pike, Ohio; beloved grandfather of Lexi and Ben Clegg and Maggie and Jack Philbin; beloved brother of Donna Moffly (nee Clegg) (Jack, deceased) of Riverside, CT and Lee Clegg of Sedona, AZ; and dear uncle to Jonathan Moffly and Audrey Moffly Klotz, both of Weston, CT; and special friend to Gail Rocco of Chagrin Falls, Ohio.

Mike was born on December 4, 1938 at Cleveland’s Rainbow Babies & Children’s Hospital, weighing in at 11 lbs 9 ounces, one of the largest babies ever born there. Mike attended Hawken School through 8th grade and then attended Choate preparatory school in Wallingford, Connecticut for high school. He then attended Yale University in New Haven, Connecticut for college where he majored in English and developed his passion for grammar, sentence structure and composition. Hoping his review of this piece here passes his high bar. He was a passionate advocate for all of his alma maters, but Yale held a special place in his heart where he was an active participant of The Bachelors, one of Yale’s prestigious a cappella singing groups. He traveled throughout the east coast college circuit performing which was a highlight of his college experience. He remained connected with many of his Bachelor singing mates and reunited periodically remembering nearly every word of every song from their repertoire.

Mike began his career working for IBM as a part of their highly-respected training program which he always credited for establishing his management approach and skills. He then later transitioned to commercial real estate where he ran Ostendorf-Morris’ property management group and ultimately became President and an owner of the company.

While work was important to him, he always said that his family would be his top priority. He never missed a game or a performance for his children and later made it a priority to attend as many events for his grandchildren too.

The birth of his 3rd child, Scott (aka Scotty), made an indelible mark on his life. At birth they discovered that Scotty had down's syndrome. He described it as if you boarded a flight thinking you were headed to London and when you landed you were greeted by a hostess saying “Welcome to Holland”! This unexpected turn in their lives is what formed much of the rest of Mike’s interests and pursuits through the rest of his life. At age 4, Scotty was diagnosed with acute leukemia. Mike and his wife Sue were faced with the challenges of caring for Scotty while trying to keep a sense of normalcy for their other children. During Scotty’s stay at Rainbow Babies & Children’s Hospital for treatment, Mike observed other families struggling as they slept in hospital waiting rooms and ate from vending machines just to be near their sick children. Mike thought that no parent should have to go through this. He then spent the next forty years of his life making sure that families didn’t have to go through it alone.

Mike and Sue were one of the founding family members for the Ronald McDonald House of Cleveland, opening its doors on September 25, 1979. His commitment didn’t stop there. Recognizing the need for ongoing financial support, Mike parlayed his love of golf and his business savvy into co-founding the longest-running and most successful fundraiser in Ronald McDonald House (RMH) history. This event was an exclusive tournament in which charitably-minded business and community leaders would pay a substantial amount to play 18 holes with professional golfers. Ever since that inaugural Ronald McDonald House of Cleveland Pro-Am in 1980, Mike worked year-round to ensure its continued success. He served as Chairman of the Tournament until 2004, retiring from that position after 25 years, but always remained a dedicated committee member. The RMH Pro-Am has evolved with the changing business and philanthropic climates and has become known nationally as Northeast Ohio’s most prestigious charity golf event. Top pros including Jack Nicklaus, Greg Norman, Nancy Lopez, Corey Pavin, Curtis Strange, Nick Price, Gary Player, Annika Sorenstam and Arnold Palmer have all participated and many golfers, both amateur and professional, have made it an annual affair including his dear friend Dicky Pride. Mike never missed a single tee off.

Additionally, no reference to Mike Clegg would be complete without covering his love for The Cleveland Browns. Through good times and bad, Mike was an avid Browns fan. His family has been ticket holders since 1946. Mike’s father was personal friends with Paul Brown, which is where the devotion began. Now four generations of Cleggs have loyally attended game after game with the same level of passion and commitment. Mike was incredibly proud of the legacy he left in passing his Browns obsession on to his son and grandson. He was fortunate enough to physically attend one of the Browns draft days in the room alongside Browns personnel. This experience inspired him to create his own personal draft day, years before fantasy football, that he held for friends (by invitation only) with his own detailed scouting report on every player that he painstakingly compiled each year. His dream was to see the Browns one day in the Super Bowl. His son and grandson hope to experience this for him one day.

Mike was passionate about everything “Cleveland”. He was the first to defend the city and share why it was a great place to live and raise a family. He loved all Cleveland sports from the Cleveland Browns to the Indians and Cavaliers. He was a member of one of the very first Leadership Cleveland Classes (Class of 1980 -1981) and also served on the boards for Cuyahoga County Board of Mental Retardation and Development, MetroHealth Foundation, and Cleveland Foundation as well as an active participant with Our Lady of the Wayside and North Coast Community Homes, who helped him conceive and build a private group home in Pepper Pike for his son Scotty and 3 other adult residents. Mike was a lifelong member of The Country Club in Pepper Pike, Ohio where he was an active golfer and paddle tennis player, and he also held club titles in skeet and long drives.

In lieu of flowers the family suggests donations be made in his name to the Ronald McDonald House of Cleveland (10415 Euclid Ave, Cleveland, OH 44106) FRIENDS MAY CALL AT BROWN-FORWARD, 17022 CHAGRIN BLVD., SHAKER HTS., OH, FRIDAY, APRIL 16th FROM 2-5 PM.  Private services will be live streamed from St. Paul's Episcopal Church on Saturday, April 17th at 11 AM.

To order memorial trees or send flowers to the family in memory of Michael Clegg, please visit our flower store.
Open