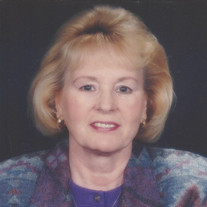 Maud was born in Birmingham, England to Frederick and Lily Severn. She met husband Jim during World War II and was a War Bride. After emigrating to Orange Village and later Moreland Hills, Maud was a devoted mother and wife. Nothing was too much to take on. Active in Garfield Memorial United Methodist Church, Brownie, Girl Scout and Cub Scout Leader and PTA President. Several years after her husband's death, she met, fell in love with and married Keith A. Huston. The Huston's retired to Naples, FL where they both enjoyed their home and the weather! After Keith passed away in 2016, Maud moved to her son's, Jim's home in Houston, TX.

To order memorial trees or send flowers to the family in memory of Maud Scheiner, please visit our flower store.