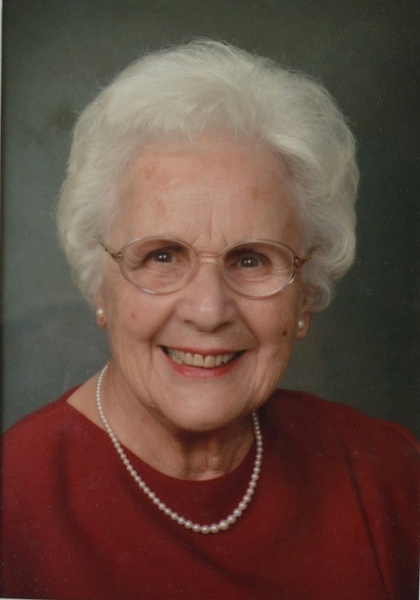 Maud Bray passed away peacefully at home on the morning of May 20, 2019.  Maud Dorothy Minto was born December 12, 1926 to Wilton William Minto and Dorothy Marion Alfred Minto.  She grew up in the Detroit area with her older brother Wilton William Jr. and younger brother Frank Hooker Alfred.  The family spent their summers in Walloon Lake, Michigan.  Maud spent her first summer, 1927, at the lake and returned there nearly every summer of her life.

Maud worked in a munitions factory during the Second World War.  She attended two years of junior college at Ogontz (which is now part of Penn State), where she marched and drilled with her wooden rifle.  She graduated from the University of Michigan with a BA in Art History in 1948, and was a member of the Gamma Phi Beta sorority. She was a loyal alumna and enjoyed many University of Michigan Alumni Club trips in later years. Maud worked as an interior decorator for six years for JL Hudson in Detroit, Michigan.

In 1953, on a skiing trip in Michigan, Maud met Pierce Bray, an alumnus of the University of Chicago who was working in financial analysis for the Ford Motor Company.  Maud and Pierce married in 1955 and moved to Manila, Philippines, where their first child, Margaret Dorothy was born.  They followed his career in finance from Manila to Chicago, where son, William Harold was born in 1958; then to Columbus, Indiana, where son, Andrew Pierce was born in 1961. The Bray family next moved to Summit, New Jersey for 6 months and settled in the Cleveland area (Pepper Pike) in 1966.

The Bray family joined the Church of the Western Reserve, soon after moving to Pepper Pike. Maud and Pierce remained active members of CWR for the rest of their lives. Maud  sang in the choir for  decades; served as  a Deacon; was active in planning the new Sanctuary, including donating the carved cross; and served as a member of the Pastor Nominating Committee.

Maud was a dedicated artist and painted her entire life. In Cleveland, Maud participated  in various art classes and shows for decades, where she formed several life-long friendships. In the summers at Walloon Lake, Maud was active in the Walloon Art Club, including serving as President for several years.  She was also a leader of the Art Show which is now a cornerstone of the Walloon Lake Association’s annual Celebrate Walloon event.

Maud and Pierce enjoyed the Arts and Museums in Cleveland, especially the Art Museum and the Cleveland Symphony, where they had season tickets for many years.

Maud and Pierce travelled extensively in retirement and enjoyed summers at Walloon Lake. Many treasured moments were had on the front porch of her cottage, surrounded by family.   Maud delighted in sharing her love of art and nature with her family and friends, especially with her grandchildren.

Maud was preceded in death by her loving husband of 48 years, when Pierce Bray passed away August 11, 2003.

In lieu of flowers, the family suggests a contribution to the Walloon Lake Association, PO Box 579, Walloon Lake, MI 49796 or The Church of the Western Reserve, 30500 Fairmount Blvd., Pepper Pike, OH 44124, where a Memorial Service will be held Tuesday, May 28th at 11 AM.